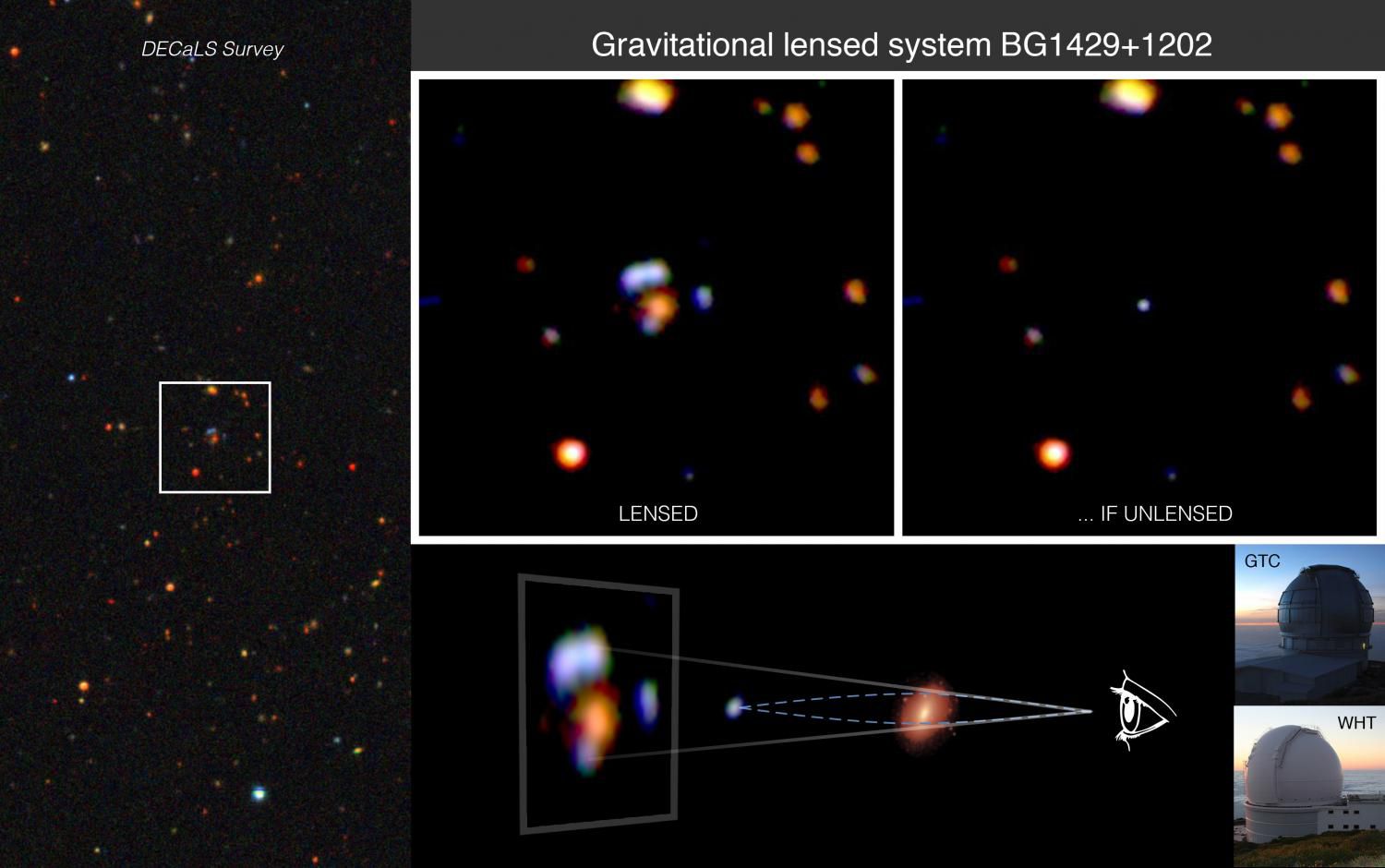 An international team of researchers led by scientists from the Canary Institute of astrophysics (Instituto de Astrofísica de Canarias, IAC) at the University of La Laguna (University of La Laguna, ULL), both academic institutions Spain, opened one of the most striking “inactive” galaxies of the early Universe. Detection galaxy BG1429 1202 was possible with “assistance” from the massive elliptical galaxy lying along the line of observation of this cosmic object, which in this case acted like a lens, magnifying the brightness of a distant object and distorting its observed form. These results are part of the project BELLS GALLERY based on analysis of more than 1.5 million spectra of galaxies obtained using the Sloan digital sky survey (Sloan Digital Sky Survey, SDSS).

“This is one of the few known examples of galaxies observed with high brightness and with a high intrinsic luminosity, said Rui Marques Chavez (Rui Marques Chaves), doctoral student, IAC-ULL and the main author of the new study. These observations allowed us to determine key properties of the observed system in a very short time.”

For observations of this system, the scientists used two telescopes located at the Observatory Roque de Los Muchachos: the Gran Telescopio CANARIAS (GTC), William Herschel Telescope (WHT). This system generated a massive elliptical galaxy lying at a distance of 5400 million light-years beyond the galaxy BG1429 1202 emitting Lyman-alpha radiation and a distance of approximately 11400 million light years from us. Lentinula galaxy gives four distinct image of a distant galaxy (left part of the frame in the photo), while the recorded light flux increases by 9 times, compared to the hypothetical scenario of absence of this natural gravitational lens (right side boxes).