Open the most distant dwarf planet 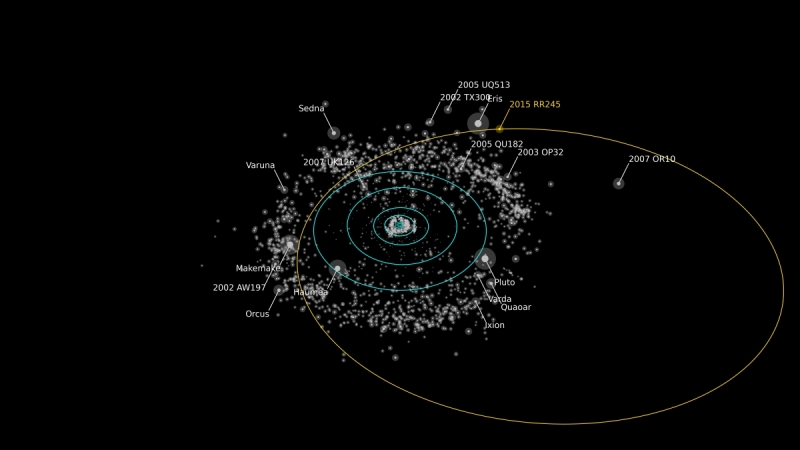 An international team of astronomers found a new dwarf planet beyond the orbit of Neptune. Diameter is about 700 km. It has one of the longest among the orbits of dwarf planets. The object received the designation of 2015 RR245. Dwarf planet was discovered with a telescope Canada-France-Hawaii, located on the top of the volcano Mauna Kea in Hawaii.

For the first time the object was seen in February 2016 pictures, taken in the framework of OSSOS in September 2015. According to astronomers, a dwarf planet may move away from the Sun at a distance of more than 120 times the distance between Earth and the Sun.

Most dwarf planets in the distant past was either destroyed or ejected from the Solar system. RR245 is one of the few dwarf planets, which have managed to survive. The object is currently in the company of tens of thousands of small TRANS-Neptunian objects. RR245 moves in a very eccentric orbit for at least 100 million years. In closest to the Sun point of the orbit of the dwarf planet will be in 2096. Then from the star it will separate 5 billion km (34.e.).