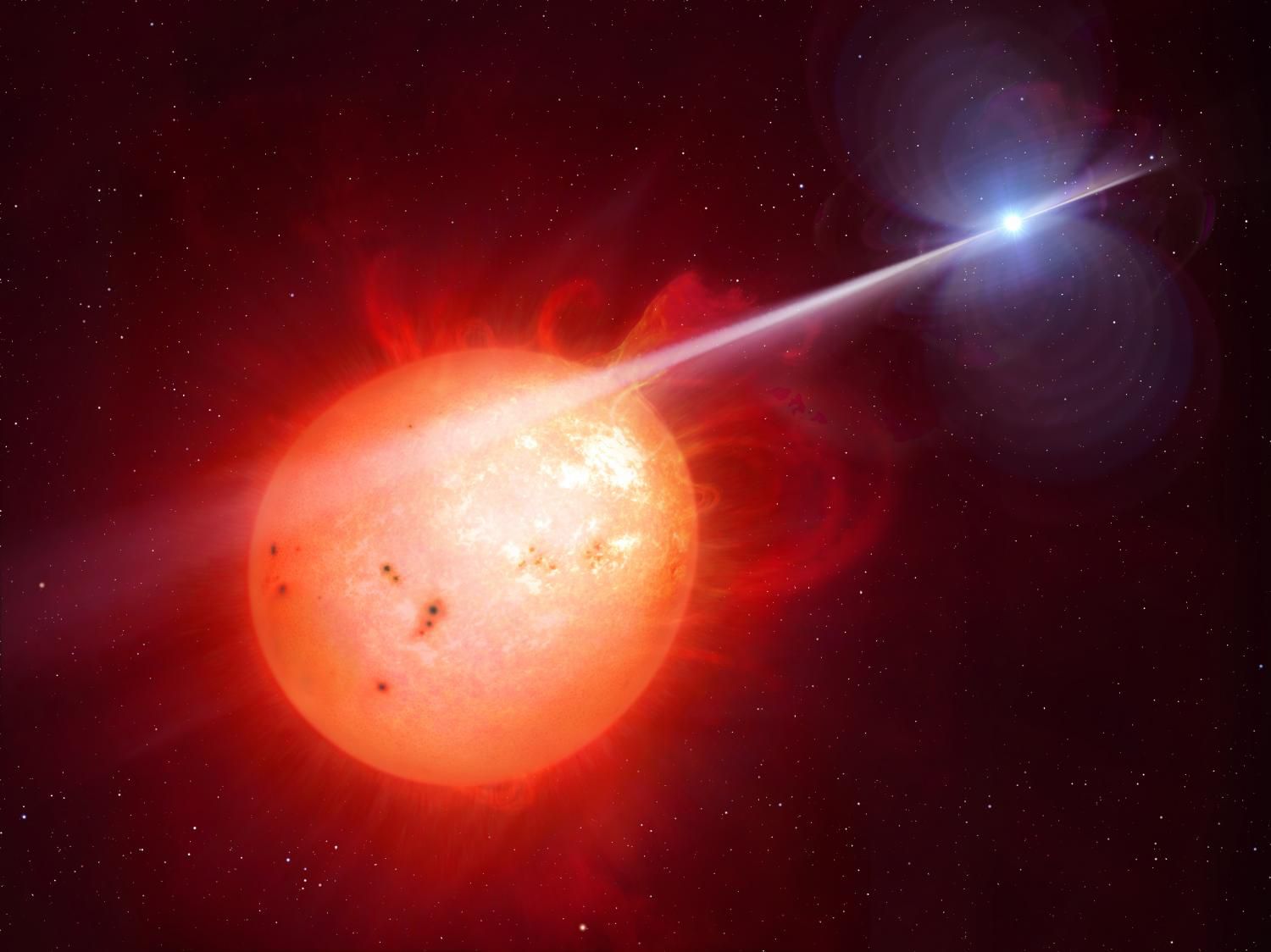 An unusual binary system is located at a distance of 380 light years away, was identified as palsamy white dwarf – the first system of its kind discovered in our Universe – thanks to researchers from Warwick University, UK.

A group of scientists led by Tom March (Tom Marsh) from the University of Warwick have discovered that this system, known as the AR Scorpion, is a unique “hybrid” white dwarf and the pulsar, a pulsating neutron star.

This pulsory white dwarf escaped the attention of astronomers for more than half a century.

The AR system of the Scorpion contains a rapidly rotating burned-out star remnants called white dwarf, which emits in the direction of their stellar neighbor is a red dwarf – a powerful streams of charged particles and radiation, causing the entire system to become brighter, then dimmer twice in every two minutes.

As discovered by the authors of the article in my previous study, these powerful streams of particles and radiation reaching the surface of the red dwarf accelerate the electrons from the atmosphere to speeds close to the speed of light, an effect never before observed in similar types of binary star systems. Thus, red dwarf “charge” the kinetic energy of its rapidly rotating neighbor.