Opportunity begins the study of the Valley of Perseverance 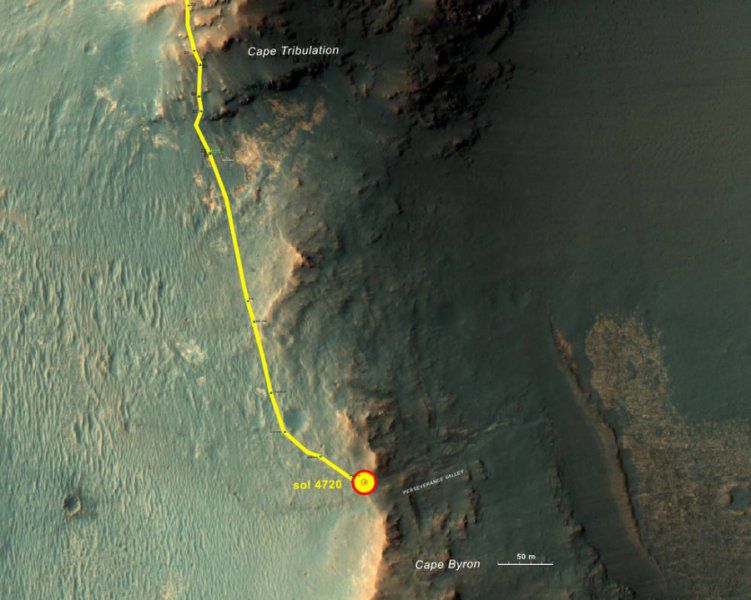 NASA’s Mars rover Opportunity reached the main goal of its expanded mission for two years – an ancient valley carved on the surface of Mars by fluid streams that are located on the inner slope of the crest of a vast Martian crater.

When this rover began to approach the upper edge of the Valley of Perseverance in early May, pictures from its cameras began to show parts of this area at a much higher resolution, compared to the resolution of images taken with orbital devices.

The process, which resulted in the formation of the Valley of Perseverance on the crest of the Endeavor crater billions of years ago, still remains unidentified. Among the possible mechanisms, scientists call water streams or streams of debris of rocks and mud, slightly moistened with water, or even a more “dry” process, wind erosion.

The Opportunity rover will take several series of pictures of this valley from two different points, which are at a great distance from each other. This method of obtaining images will help to obtain valuable information for a detailed three-dimensional analysis of this area. The valley stretched down from the crest into the crater at a slope of 15-17 degrees over a distance of about two hundred meters.

Important is the choice of the least difficult route for the rover when it descends the slope of the Endeavor crest crest, because in the event of an obstacle in its way, it will have to go back up some distance to avoid it, which is connected with a number of difficulties.

Currently, the Opportunity rover has been performing scientific operations on the surface of Mars for 150 months, while for the first three months of its stay on the planet, which was originally planned to be the entire duration of the rover’s main mission, Opportunity discovered traces of acidic water flowing through The surface of Mars and seeping under the surface in the early periods of the history of the planet.