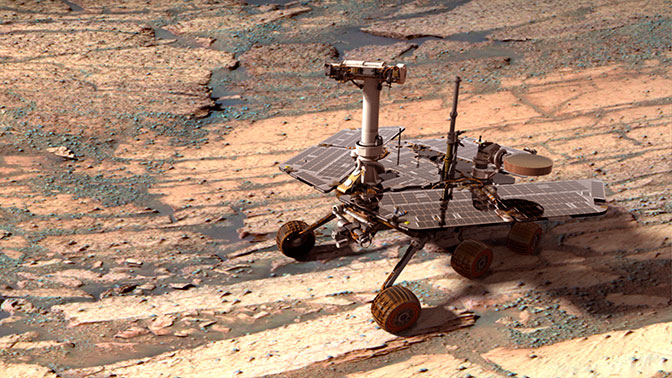 NASA reports that the strongest sandstorm on Mars affected the work of the American rover Opportunity.

As is confirmed, as of June 10, the strongest storm ever observed on the Red Planet covered an area of ​​15.8 million square miles (41 million square kilometers, roughly equal to the area of ​​North America and Russia combined). The storm so closed the sunlight that for the Opportunity rover, which is now in the Valley of Sustainability, turned the day into night. June 13 NASA plans to hold a briefing, which will tell you about the state of the rover and the storm raging on the planet.

The Opportunity Rover arrived on Mars in 2004, recalls RIA Novosti. According to NASA, his scientific work was suspended on June 8 this year, and the latest data from him were received on June 10. Currently, the temperature of the rover is about minus 29 degrees Celsius. NASA experts emphasize that maintaining the temperature regime is a vital factor in the work of the device. Initially, the service life of Opportunity was calculated for 90 days, but it has been going on for almost 15 years.