Opportunity took the pictures of Deimos 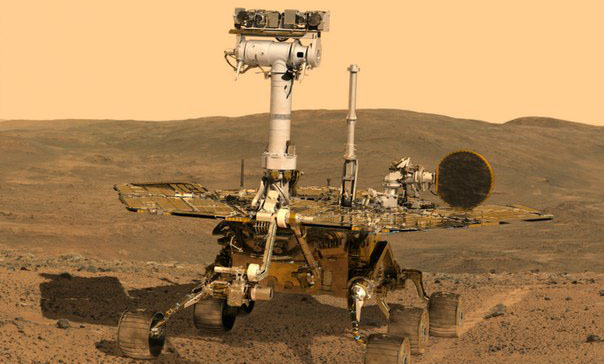 Located on the surface of Mars Rover Opportunity took pictures of Deimos — one of the two satellites of that planet.

Photos were taken 14 January 2017 by the panoramic camera on Opportunity, which by that time was on the planet 4212 th Martian day. Presented at the NASA animation the brightness of Deimos reduced. Therefore, the editors have tried to better show the stars in the night sky.

NASA’s Rover Opportunity launched to Mars on 7 July 2003 using the launch vehicle Delta II launch site at Cape Canaveral in Florida. On the planet the unit was 25 January 2004. It was assumed that he would work on the surface of the red planet for 90 days, however it continues to operate until now.

This is the second Rover, launched by NASA in the framework of the Mars Exploration Rover. Management deals with the jet propulsion Laboratory in Pasadena. The main success of the mission is the discovery on Mars of fresh water.