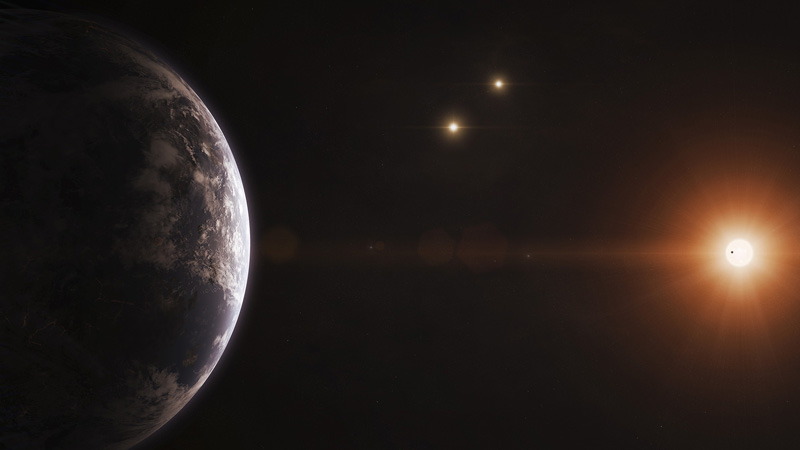 The European southern Observatory (ESO) announced that tomorrow, August 24, she will hold a press conference at its headquarters, located in Garching near Munich (Germany). Perhaps this emergency conference will be announced about the discovery of earth-like exoplanets orbiting Proxima Centauri.

The press conference will begin at 11:00 Moscow time. Astronomers keep the intrigue and not give details, but the whole world froze in anticipation of a sensational news – the discovery of a habitable planet in a neighboring star system, only 4.25 light years from Earth..

This earth-like planet located in the habitable zone orbiting a red dwarf Proxima Centauri. This yet unnamed planet can have liquid water on its surface, and where there is water, there is a possibility for the origin of life. Previously, astronomers have never found a “second Earth” so close to the Ground.