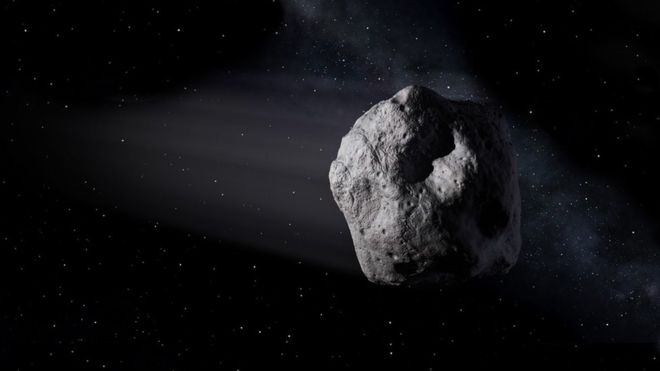 The first interstellar asteroid, seen by astronomers in the Solar System, received the Hawaiian name. Scientists, having studied its speed and trajectory, came to the conclusion that it flew from another star system.

From now on, this asteroid will be called Oumuamua, which in Hawaiian means “the messenger who arrived first from afar”.

Rob Uerick and his colleague Marco Mikeli have calculated that the asteroid moves at a huge speed – so high that the gravitational attraction of the Sun is not enough to keep it in the solar system.

In addition, the asteroid has an unusual, high hyperbolic trajectory that will lead it out of the solar system. 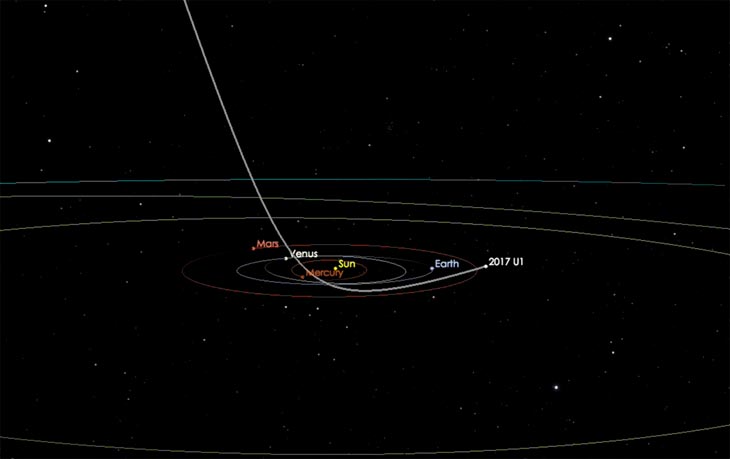 Scientists say that, despite the unusual origin of Oumuamua, this galactic alien is similar to the known asteroids.

In an article published in the journal Astrophysical Journal Letters, scientists write that the size of the asteroid, its rotation and reddish color are similar to what is observed with asteroids in the solar system.

The size of Oumuamua is 180 by 30 meters, and it looks like a fairly thick cigar.

“The most amazing thing is that apart from its form, from the physical point of view, it is not noticeable,” says one of the report’s authors Jayadev Rajagopal from the American National Optical Astronomical Observatory.

If in other star systems of the planet were created in the same way as in the Solar system, then we should assume that there are other asteroids the size of Oumuamua in space.

“U1 may be the first direct evidence that planetary systems around other stars in the period of their formation threw large objects into space,” says Dr. Rajagopal.

The International Astronomical Union officially names this asteroid 1I / 2017 U1.

The capital letter “I” in the title means that it is an interstellar object. Oumuamua became the first heavenly body to receive the letter “I” in its title.