Our galaxy was surprisingly homogeneous 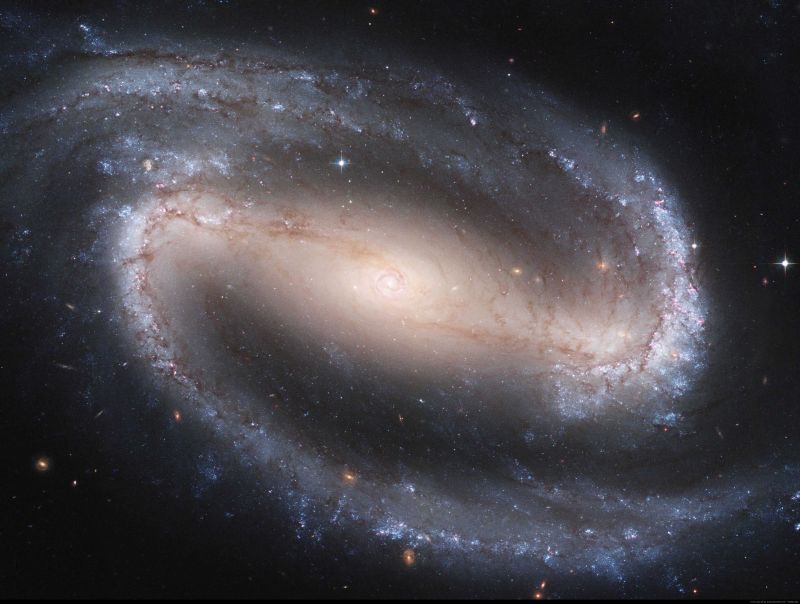 American astrophysicists tried to find the difference in age between different parts of the Milky Way, having studied their chemical contents, and could not do it, since the Galaxy was surprisingly homogeneous and “ungainly,” the article published in the Astrophysical Journal says.

“The big stars are factories for the production of heavy elements, including silicon.The first stars of the universe produced only silicon-28, an isotope with 14 protons and 14 neutrons.In billions of years, new generations of stars could produce heavier silicon-29 and silicon- 30. When these stars turned into supernovae, their heavy isotopes spread throughout the interstellar medium, slightly changing the face of the Galaxy, “says Ed Young of the University of California in Los Angeles, USA.

As scientists explain, the first stars of the Universe were completely unlike modern luminaries, since their interior did not contain astronomical “metals” – elements heavier than hydrogen and helium. Because of this, the dimensions of such luminaries were practically unlimited, because of what their mass could exceed the solar mass by 300-400 times and even more.

The age of such stars was extremely short, and they burned for tens and hundreds of millions of years, ending their lives in the form of a pair-unstable supernova – a powerful thermonuclear explosion, in the organization of which all the matter of the giant star was involved. The remains of these supernovae sowed the galaxy with “metals”, which allowed to begin to form normal stars. They continued the work of their “ancestors”, forming even heavier isotopes and scattering them during flashes of “ordinary” supernovae.

As Yang tells us, astronomers have long believed that the differences in “population density” and age of stars in the center and on the outskirts of our Galaxy should affect how many similar “metals” contain matter in different parts of the Milky Way. In principle, there is confirmation of this inside the so-called globular clusters of stars – close and very ancient “families” of luminaries on the periphery of the Galaxy. In the center of these clusters there are more heavy isotopes of carbon and oxygen than on their outskirts.

Young and his colleagues checked whether this was the case for the entire Milky Way as a whole, using the GBT radio telescope in Green Banks to map the distribution of various silicon isotopes in the central regions of the Galaxy and in its peripheral regions remote from the center for about 30,000 light years.

To the great surprise of the scientists, they failed to record virtually no differences in how the heavy isotopes of silicon were distributed around the Galaxy – they were approximately the same in the center of the Milky Way, where there are large and active stars that exist on its margins, where the processes Star formation is not as intense. As the scientists note, they expected to see a ninefold scatter in the values ​​between the center and the outskirts, but they differed only by 10-20%.

This means, as astrophysicists explain, that the matter of the Milky Way “mixes” unusually well, and all possible differences in the average age of the stars and the “density” of their populations disappear very quickly due to the fact that the gas in the interstellar medium is constantly moving.

What exactly acts as the engine of such a “space mixer”, the scientists do not yet know. They can be supernovae, whose shock waves can cause the gas to move more actively or whose emissions can contain “pure” silicon-28, balancing the excess of heavy isotopes in the center of the Galaxy. In addition, gas flows from the intergalactic medium, falling on the Milky Way, can evenly “stir” its matter and blur the differences in the fraction of isotopes in the center and on the periphery. The understanding of what exactly “mixed” the Galaxy is important in the context of studying its evolution and the chances of its life in it.