Our Galaxy was unusually “lonely” 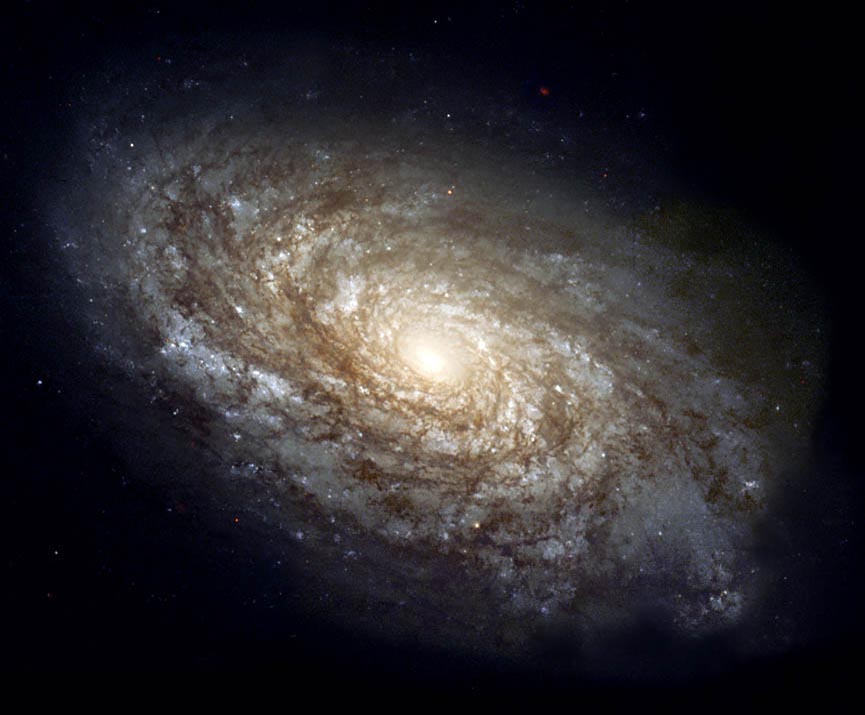 The Milky Way was an unusually “lonely” galaxy, which has very few neighbors, compared to other large spiral galaxies, astronomers told the annual meeting of the American Astronomical Society in Austin.

“The main problem of modern cosmology is that different measurement methods give us different rates of expansion of the universe.This should not be, and all methods of measuring this parameter should give the same result.The fact that the Milky Way is inside the” cosmic desert “helps us to explain This is a contradiction, “explains Ben Hoscheit of the University of Wisconsin in Madison, USA.

As cosmologists consider today, matter is distributed in the Universe not uniformly, but in the form of a giant “web” – connected with each other thread-like clusters of visible and dark matter separated by giant cosmic “deserts”. These voids and clusters of matter are the result of the existence of a kind of “echo” of the Big Bang, the so-called baryonic acoustic oscillations that distributed matter unevenly over the rapidly expanding Universe.

According to Hoshayt, the study of these oscillations, as well as other “echoes” of the Big Bang and the speed of modern galaxies led to the emergence of an unsolvable problem: it turned out that the rate of expansion of the universe today does not coincide with those predicted by cosmological theories on the basis of its growth rate The dawn of times.

About four years ago, astronomers “groped” a possible way out of this problem, discovering the first hints that our Galaxy may be inside a giant space “desert” – a zone of emptiness where almost no visible and dark matter. Such parts of the universe, as some cosmologists now believe, can expand much faster than large clusters of galaxies and “cosmic web” threads, which would explain the divergences in modern and “ancient” speeds of expansion of the universe.

Hoshayt and his colleagues discovered by measuring the speed of the movement of neighboring clusters of galaxies that the Milky Way and its satellites and the nearest neighbors from the so-called Local Group of Galaxies are inside a giant cosmic desert stretching about a billion light years in all directions from our Galaxy.

Such dimensions, as noted by astronomers, make this space desert the largest object of its kind that scientists have found in the foreseeable space, whose dimensions are about seven times larger than that of other voids between the threads of the “cosmic web.” Its existence, according to Hoshait, well explains the differences in the speed of expansion of the universe, which were found in recent years in data on supernova outbursts and “echoes” of the Big Bang.

Interestingly, another group of astronomers from the Hebrew University of Jerusalem recently came to similar conclusions, discovering that the Milky Way is moving at an abnormally high speed that exceeds the rate of expansion of the universe, due to the fact that it leaves the giant cosmic desert and moves toward the so-called ” The Great Attractor “- potentially the largest cluster of galaxies in the universe.