Over Easter island recorded the rare red glow of the atmosphere 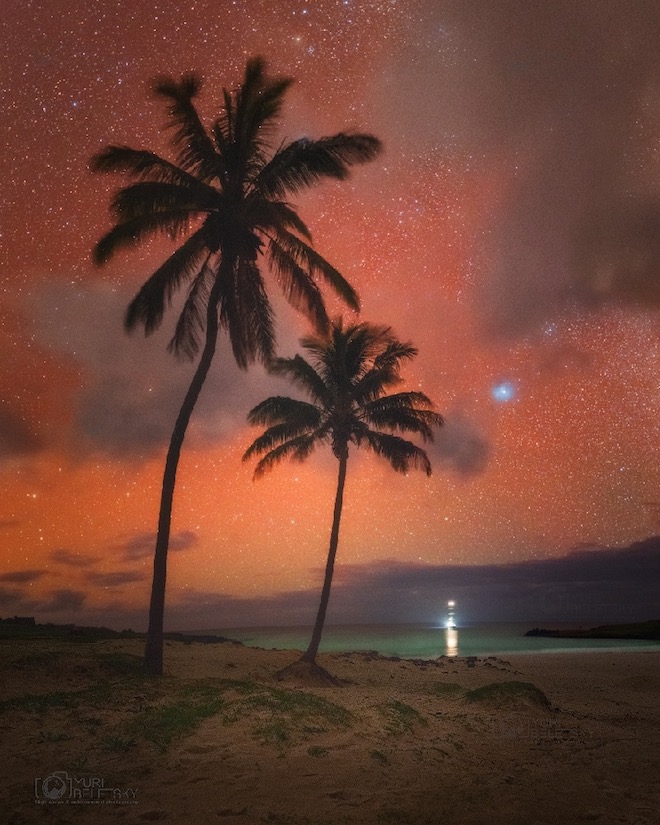 Astrophotographer Yuri Beletsky on one of the beaches of Easter island made a rare shot of the red sky. Airglow is a natural phenomenon like the Northern lights, caused by chemical reactions that continuously occur in the upper layers of the atmosphere.

To the naked eye is a faint glow almost impossible to notice, but astrophotography encounter him often enough. According to Yuri Beletsky, often in the processing of pictures airglow confused with artificial illumination of the frame, especially if the shooting is done near cities and other artificial light sources. At the same time, according to experts, the glow of the atmosphere can be locked using the photographic equipment in almost any clear night anywhere in the world.

Usually the atmosphere glows green due to oxygen atoms in a large quantity is concentrated at a height of about 90-100 km above sea level. In this case, recorded 2 October “glow” the glow gives IT a connection, explain the experts. These neutral molecules (not to be confused with HE-ions contained in aqueous solutions) located in a thin atmospheric layer at a height of 85 kilometers. On the same level sometimes you can see the red glow of gravitational waves.