Amateur astronomers and a polar light hunters reported that they saw a green glow in the sky over Great Britain. The phenomenon which is easy for confusing with aurora borealis is called own glow of the atmosphere (English airglow).

This celestial glow of the nature occurs all the time and on all globe. There are three of its types: day (dayglow), twilight (twilightglow) and night (nightglow). Each of them is result of interaction of a sunlight with molecules in our atmosphere, but has the special method of formation.

The day glow is formed when the sunlight falls on the atmosphere in the afternoon. Some of its part is absorbed by molecules in the atmosphere that gives them excess of energy which they then release as light, either on same, or on lower frequency (color). This light is much more feeble than normal daylight therefore we can’t see it with the naked eye.

The twilight glow in fact represents the same, as day, but in this case are illuminated with the Sun only with an upper atmosphere. Its remaining part and observers on Earth are in the dark. Unlike a day glow, twilightglow it is visible to the naked eye.

The night glow is generated not by a sunlight falling on the night atmosphere, and other process which is called a hemolyuminestsention.

The sunlight during the day accumulates energy in the atmosphere containing oxygen molecules. This additional energy forces molecules of oxygen to break up to separate atoms. Generally it occurs at the height about 100 km. However atomic oxygen isn’t able to get rid easily of this excess of energy and as a result at several o’clock turns into peculiar “power shop”.

Eventually atomic oxygen manages “to be recombined”, forming oxygen molecular again. At the same time he releases energy, in the form of light again. So there are several various flowers, including the night green radiation which actually not really bright, but the brightest of all luminescences of this category.

Light pollution and overcast can interfere with observation. But if carries, the night luminescence can be seen with the naked eye or to imprint in the photo by means of a long exposition. 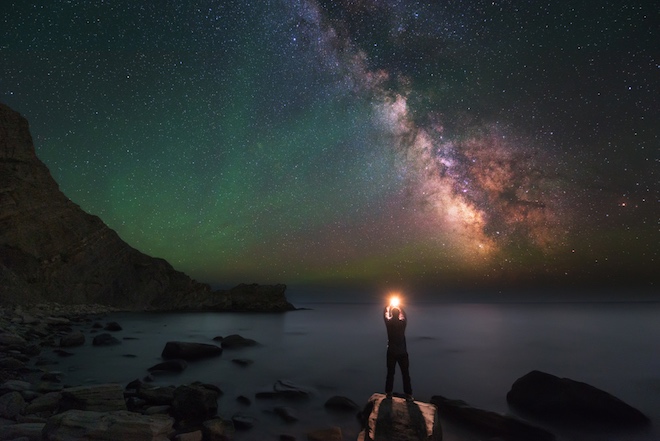 What do luminescences differ from a polar light in?

The green luminescence of the night sky is very similar to the well-known green color which we see in the polar lights, which isn’t surprising, as they are made by the same molecules of oxygen. However these two phenomena aren’t connected among themselves in any way. 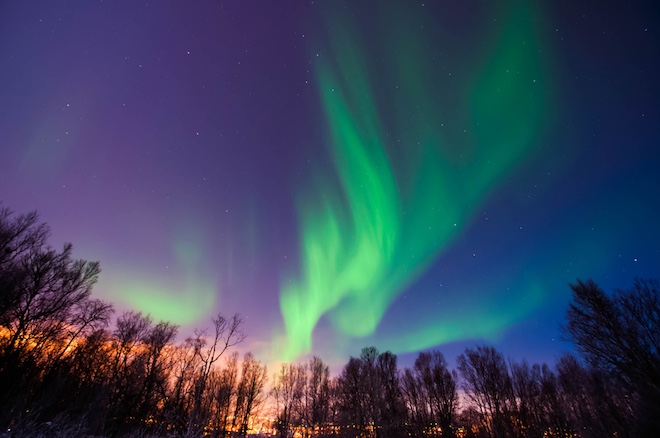 The polar light is formed when charged particles, such as electrons, “fire” at the atmosphere of Earth. These charged particles which started from the Sun and have accelerated in Earth magnetosphere face atmospheric gases and transfer them energy, forcing gases to radiate light.

Besides, a polar light, as we know, is located in the form of a ring around magnetic poles (an avroralny oval) while night luminescences are widespread on all sky. Shine is very structured (because of magnetic field of Earth), and luminescences in general are quite uniform. Extent of shine depends at most solar wind, and luminescences of the atmosphere occur constantly. 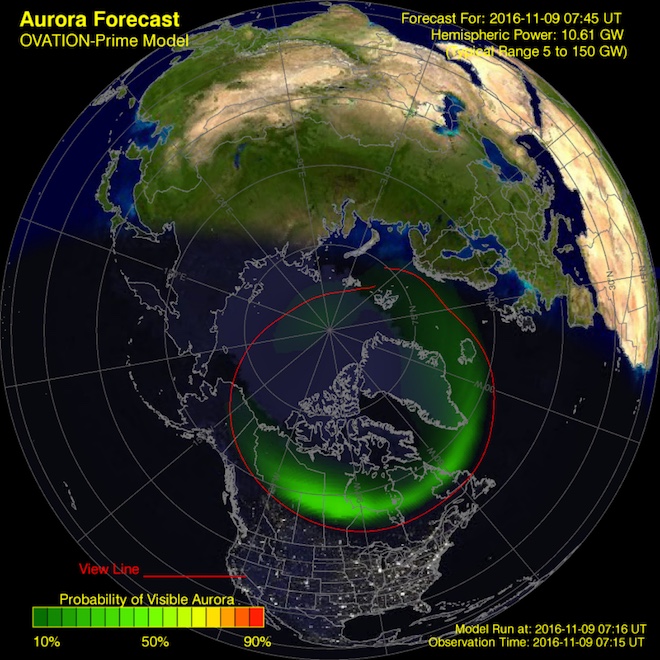 But why then observers from Great Britain saw him only the other day? The matter is that brightness of a luminescence correlates with the level of the ultra-violet (UF) light proceeding from the Sun which changes eventually. Force of a luminescence depends on season.

To increase the chances of detection of a heavenly luminescence, it is necessary to imprint the dark and clear night sky in the mode of long endurance. The luminescence can be seen in any direction, free from light pollution, in 10–20 degrees over the horizon.