Paints of Jupiter on a new photo of “Juno” 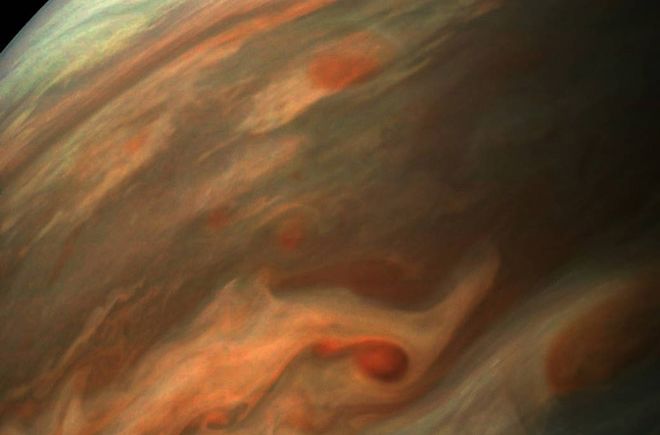 NASA has published a new photo of Jupiter, and this photo bewitches with its colors. The picture depicts the site of Jupiter, imprinted his apparatus, “Juno.” The date of creation of the snapshot is September 1, 2017, the distance from the camera to the subject is 7576 kilometers.

The automatic interplanetary station “Juno” was launched in August 2011 and reached its destination (the orbit of Jupiter) in 2016. The mission of the apparatus is to study the gravitational and magnetic fields, the atmosphere of the planet, and also to test the hypothesis that Jupiter has a solid core. It is assumed that the work will last until February 2018.