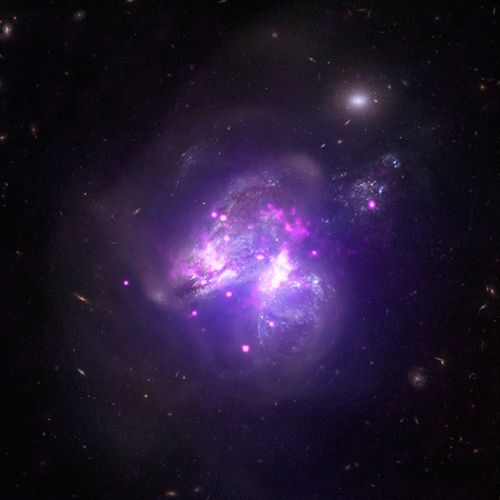 The object Arp 299 is known to astronomers relatively recently. This is a system consisting of two interacting galaxies that are in the process of merging.

The data from the Chandra X-ray Observatory helped the researchers to find about 25 bright X-ray point-like sources in the galaxy pair Arp 299, 14 of which were classified as ultra-bright X-ray sources (ULXs).

To date, the Arp 299 contains the largest number of such sources of ULXs. This galactic pair is also known due to its high level of star formation, which is undoubtedly caused by the fusion of two galaxies.

The Arp 299 facility is located at a distance of 140 million soviet years from Earth.