Pandora at a short distance 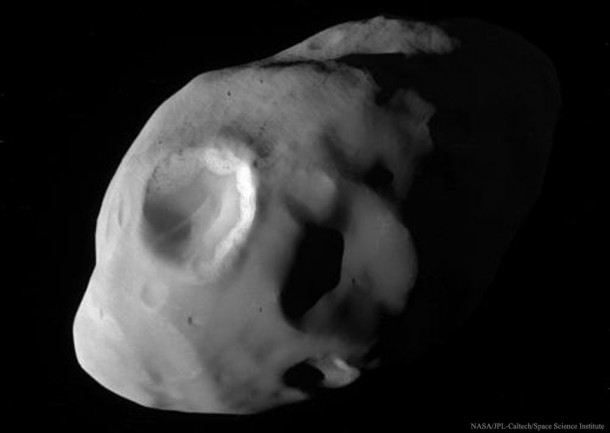 How craters of the small satellite of Saturn – Pandora at a short distance look? To find out this question, the American Space Agency NASA sent the automated Cassini spaceship to visit Pandora’s vicinities.

Flight by this moon was successfully executed two weeks ago. Within this rapprochement pictures of a surface of Pandora were made the Cassini cameras. At the same time, special attention was paid to satellite craters.

There is such feeling that craters on Pandora are covered with special material, providing more smooth surface, than at gubkoobrazny Hyperion, other small moon of Saturn. Curious deepenings and ridges as it appeared, are characteristic of both small satellites of Saturn.