Parker probe transmitted to Earth the first signal after approaching the Sun. 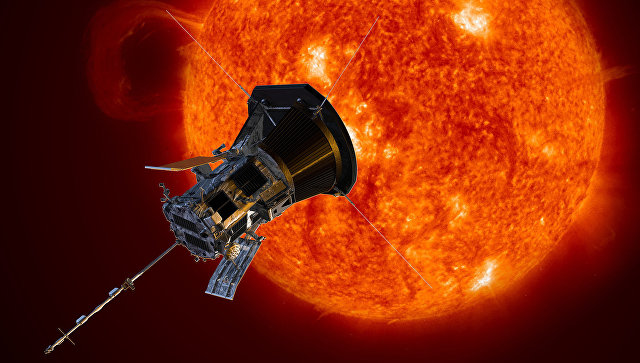 NASA probe Parker Solar Probe successfully moved closer to the Sun and transmitted the first signal to Earth, reported the US space agency.

The Parker Solar Probe approached the Sun at a distance of 24 million kilometers, becoming the first man-made spacecraft to reach that distance from the star. On Wednesday afternoon, the mission’s specialists received the first signal from the probe.

“The received signal – signal A – is the best of all possible and indicates that the Parker Solar Probe works normally and all its tools work and collect data and, if there were minor problems, they were solved automatically by the device,” NASA said.

On Monday, the unit reached a record speed of 343,000 kilometers per hour. “Along with reaching the maximum approximation to the Sun, the Parker Solar Probe will repeatedly beat its own speed records as its orbit drives it even closer to the star, and it will move faster and faster in the perihelion (the point of its orbit nearest the Sun) “- noted in NASA.

Earlier, on October 29, the probe was the closest to the Sun of man-made vehicles ever, breaking the record of 26 million miles (41.8 million kilometers) belonging to the Hellios 2 German-American probe.

The Parker Solar Probe, named after astrophysicist Eugene Parker, was launched from Earth in August of this year. According to the calculations of the creators, within seven years he will have to complete 24 orbits around the Sun.

The probe is equipped with a number of instruments located under a massive heat shield, which is supposed to protect the probe from “sunburn”, including a camera, an instrument for measuring magnetic and electric fields in the solar atmosphere, and two instruments for measuring and observing solar wind particles “.

Earlier, NASA reported that the first data it received will be transmitted to Earth in December.