“Parker” sent the first picture from inside the solar atmosphere

Solar probe “Parker”, which began its journey to the Sun in August of this year, has already made the first fly-around of a star and sent a fascinating picture.

Solar probe “Parker” performs a mission in which he will make the five hottest fly-arounds of the sun. For 12 days in October and November of this year, the probe flew through the solar corona and took an incredible shot using the WISPR (Wide-field Imager for Solar Probe) device at a distance of just over 27 million kilometers from the star.

On the left in the photo are clearly visible two jets of solar material, known as coronal streamers. A bright spot in the distance is the gas giant Jupiter, and the black dots are the background correction artifacts.

The picture was shown at the press conference of the American Geophysical Union. At the meeting, scientists from NASA discussed what they hope to learn from the first data that the probe will send. The first data set began to arrive on Earth from December 7, and will be completed by the time of the second flyby of the Sun in April 2019. 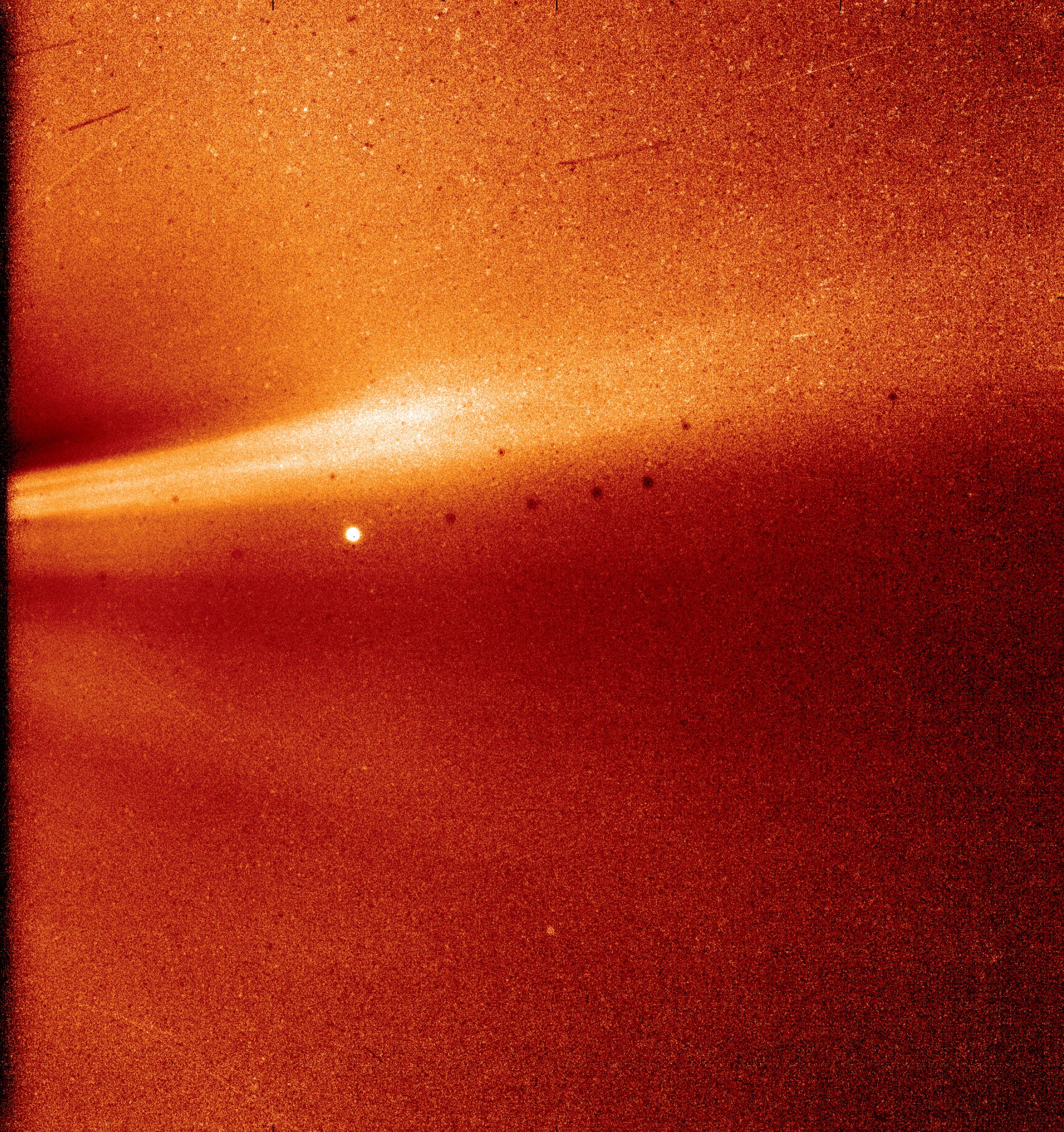 Despite the fact that “Parker” has been in space for only four months, he is full of cases. On September 19, he sent the first pictures from space, allowing NASA scientists and engineers to make sure that all the tools work well. In October, the probe broke two long-standing records, becoming the closest to the Sun and the fastest object of all spacecraft in history.

This speed is very important. In the end, “Parker” will fly so fast that it is equal to the speed of rotation of the Sun. In such conditions, the probe will revolve around the same star region for short periods, allowing scientists to subtract the effects of solar rotation that may affect the data.

With a set of tools for studying solar electromagnetic fields, ions and energy particles, Parker will help to uncover the biggest secrets about the sun – for example, why the solar corona is hotter than the solar surface. The mission of the probe will last until 2025.