People will never fly to Mars 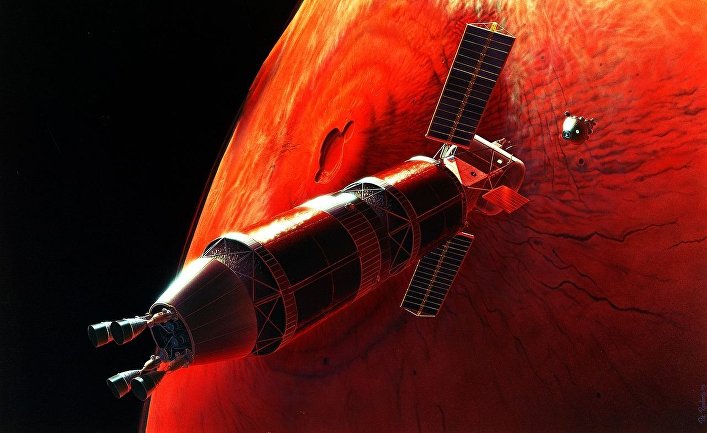 Dream about the exploration of Mars has long been out of fashion. It is absolutely unclear, what man out there wants to achieve.

The astronauts make their way across the sand a rusty-red color — in the euphoria of the historic moment and low gravity. Of course, they have a camera with me. To the first video got on the Ground, you need a quarter of an hour. And here it is, the message from a distance of 270 million miles — Mars welcomes humanity.

This will soon happen? People will soon be on Mars? The impression may occur these days. Over the last week, culminating in a NASA experiment caused a strong reaction. Six young researchers for one year lived in isolation in the highlands in Hawaii to simulate life on Mars. A few months ago the head of the companies, Space X and Tesla Elon Musk said that by 2025 he plans to begin the colonization of our neighboring planet.

Dreaming, of course, 40 years after the first robot landed on the soft sand of Mars. But yet this is nothing more than a dream — a controlled landing on Mars. Overall, this dream must disappoint all their fans. After all, over the past decades, mankind has almost no closer to its realization. And there is no reason to talk about changes in the near future.

From Earth Mars looks promising — a shimmering ruby in the night sky, on which the dreamers and visionaries have long projecting their longing for distant travels. The place where I would like to see many, not knowing exactly why.

Controlled landing on Mars — a dream that disappoints

If we consider Mars close range, it loses its charm. It is an ice desert with an average temperature of around minus 50 degrees, where for long months can rage of a sandstorm. The surface of Mars is dotted with salts, as it has no magnetic field and the ozone layer that we protect living beings from radiation from space.

People would be able to survive here with the help of high technology, in confined habitats where the climate would have turned carbon dioxide from the atmosphere of Mars into oxygen. The colonists must endure 500 days. Then again, Mars will approach the Earth at a distance sufficient for the return flight. So, at least, is the concept of researchers.

Tired of life the pioneers of Mars

Another option offered by such private initiatives like Mars One, a journey with no return flight. Thousands of people have applied through the Internet to go down in history as a world-weary pioneers of Mars. Experts agree that the volunteers will never fly to Mars. Too high financial risks of private initiatives.

NASA plans look much more sophisticated. With 90 years of development of mission lie on the desks of researchers and constantly aktualisierte. So, in 2030-ies for the first time can be sent to Mars a small spacecraft, with residential modules, stockpiles and nuclear mini-reactor. Two years later, may follow astronauts, and after their stay on the red planet back to Earth. 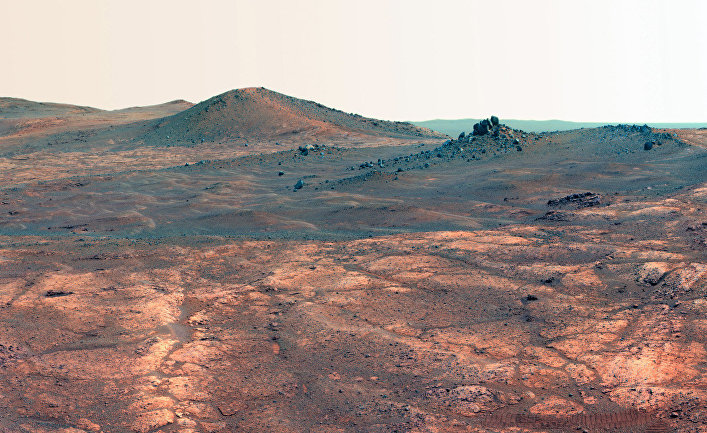 However, while NASA moves on this plan detours. Now, a new carrier rocket SLS and Orion spacecraft. Both devices are focused on the study of the moon. In the 2020’s, the astronauts plan to bring an asteroid, which will be recorded by the spacecraft and placed on the orbit of the moon. Is thus effective training of the American mission to Mars is debatable.

Elon Musk plans to fly to Mars faster. In 2018 the planet is to land a space capsule Spase X weighing from eight to ten tons. Thus, it will be ten times heavier than the heaviest load that NASA ever sent to Mars. In the end, Musk plans to start regular cargo delivery to Mars to build the infrastructure for People who can land on Mars in 2025.

NASA may confuse these plans. For the Agency landing on a desert planet — not an easy topic. On the one hand NASA plans on sending humans to Mars makes it popular. Mars appears in public the work of NASA and other space agencies. On the other hand, too specific statements are fraught with danger. Each detailed plan has a price. Too expensive and the budget can quickly lead to slippage of the project in the political debate. This NASA faced when George Bush in 1989 announced plans to send humans to Mars by 2018. This was only supposed to go up to 540 billion dollars that was immediately criticized by opponents of the project.

Until today the main reason for the skeptical attitude among the political leadership is the fact that the flight to Mars will not bring clearly defined profit. This can be a problem for the Mask. Why should we send people for a lot of money through the entire space and thus risk their lives?

Supporters of the project ready three arguments. First, the landing on Mars will give impetus to the search for extraterrestrial life. Neighbouring the planet Earth, perhaps billions of years ago was warm, plentiful water, not like on the Ground. Perhaps that’s where life began, she might have continued in the form of microbes. People are able to look for such organisms are better than robots.

The second reason Mars could ensure the survival of humanity. In the case of a comet, nuclear war or a manmade disaster the Earth will become uninhabitable desert planet could become an affordable refuge.

But the favorite argument has to do with human attraction to the findings. With the landing on Mars of humanity to a certain extent will enter a new continent unexplored America of the 21st century. This, of course, connected and deprivation. But such endeavors are worth it because they expand the horizon of man, the advocates of the project.

Work in the service of science, life insurance, great cultural finds of these reasons, unfortunately, untenable. So, many researchers refer to the project of landing a man on Mars with mixed feelings. The cost of space flight is greatly increased, when, instead of robots into space to send people. Perhaps this money is not to be missed for the construction of a new research telescopes or satellites. And really, people don’t need to search for microbes on Mars. As the next major NASA project planning with the help of special SUV to collect on the surface of Mars soil samples and send them back to Earth. Something more significant people on Mars can do.

Also, don’t send too much of your research budget on Mars. Perhaps he was never so cheerful planet as he is painted, the PR experts from space organisations. Maybe it was just covered with a crust of ice, a planet where, due to volcanic eruptions and falling of meteorites periodically melted glaciers.

In this case, the main reason for permanent settlement of Mars is the fear of a global catastrophe on Earth. Can do to save humanity with the help of external shelter on Mars, is unclear. The chances of survival of the colony without a regular supply from the Earth is very small.

But what cannot be questioned is the historical importance of traveling to the red planet. Photos of people lifting in the air of the Martian dust will remain in the memory of a whole generation. But is that enough for the existence of the necessary political will?

The Martian adventure will cost hundreds of billions of francs. And cheaper rocket launches SpaceX is not too much will reduce these costs. So, financing is a big challenge, even for incredible to date, the coalition of USA, EU, Russia and China. Today, the annual budget for NASA that sets, as before, the tone in space, is $ 18 billion. In its heyday in the implementation of the program “Apollo” in the 60s, he was twice more.

To patch these holes, we need a new, good reason to send humans to Mars. A business model that will attract public and private investors. Or another pulse, in addition to collecting geological samples. While such a motive is not, landing on Mars is what she was earlier — a dream with a lot of potential frustration.