Perishing stars have indicated a huge speed of rotation of a black hole. 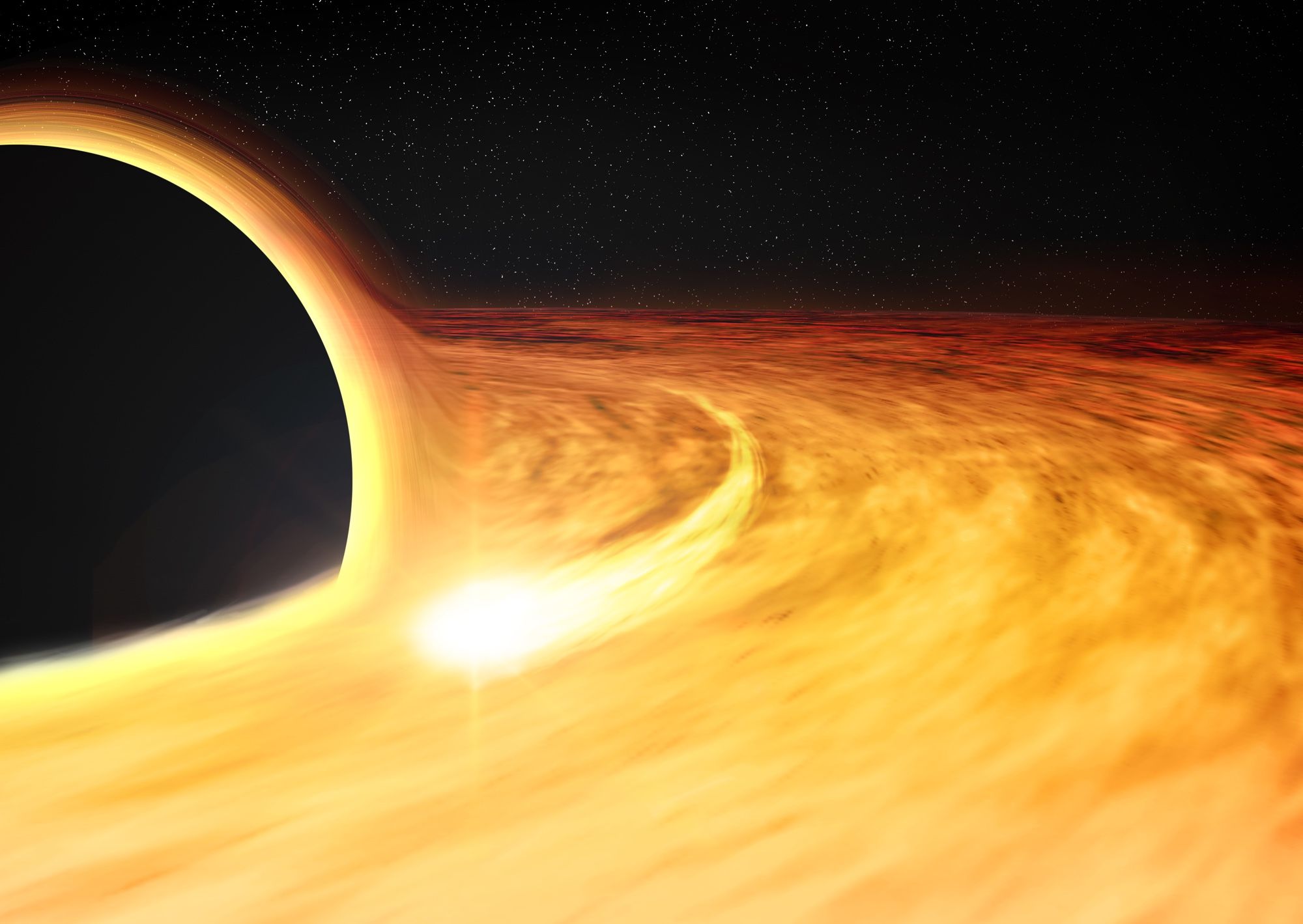 A supermassive black hole at the center of a distant galaxy rotates around its axis record-breakingly fast, reaching half the speed of light and destroying nearby stars.

Like many other galaxies, in the center of PGC 043234, located 290 light-years from us, is a supermassive black hole. A few years ago, it was discovered that a star is moving very close to it (ASASSN-14li): accelerated and torn apart by the gravity of a black hole, it emits x-rays recorded by our instruments. Such observations by Dhiraj Pasham from the Massachusetts Institute of Technology and his colleagues from the United States and Europe made a whole set of X-ray telescopes, both ground-based and space-based Chandra.

In an article published in the journal Science, scientists pay attention to powerful X-ray flashes, which for more than 450 days appeared in the ASASSN-14li system every 131 seconds, based on the area near the horizon of the black hole. Their action has temporarily increased the total ASASSN-14li luminosity in the X-ray range by as much as 40 percent. Astronomers explain this by the presence of another star here, who managed to complete about 300 thousand revolutions during this time.

Under the new assumption, the first star, indeed, fell into too close an embrace of a supermassive black hole and was sputtered by the action of tidal forces. A part of its substance fell to the event horizon, creating a strong X-ray radiation uncharacteristic of “clean” black holes. However, the other part was thrown into a stable orbit around the hole, – where there was already another star, small and dense. The cloud of matter surrounding this dwarf star can be seen as additional bright flashes every 131 seconds – as soon as the star makes a rotation in orbit.

Having established its speed and knowing the mass of a supermassive black hole (about a million suns), the authors were able to estimate the rotation of the hole itself. It exceeds 600 million km / h – or about 170 thousand km / s, slightly exceeding half of the speed of light. All heavy, large — the radius of its event horizon is about 300 times larger than the earth’s — a black hole rotates, making a complete revolution in just two minutes. “This is not extremely fast — black holes are known that revolve at about 99 percent of light,” says Dhiraj Pasham. “But this is the first time when the rotation of a black hole is established by flares caused by tidal forces.”