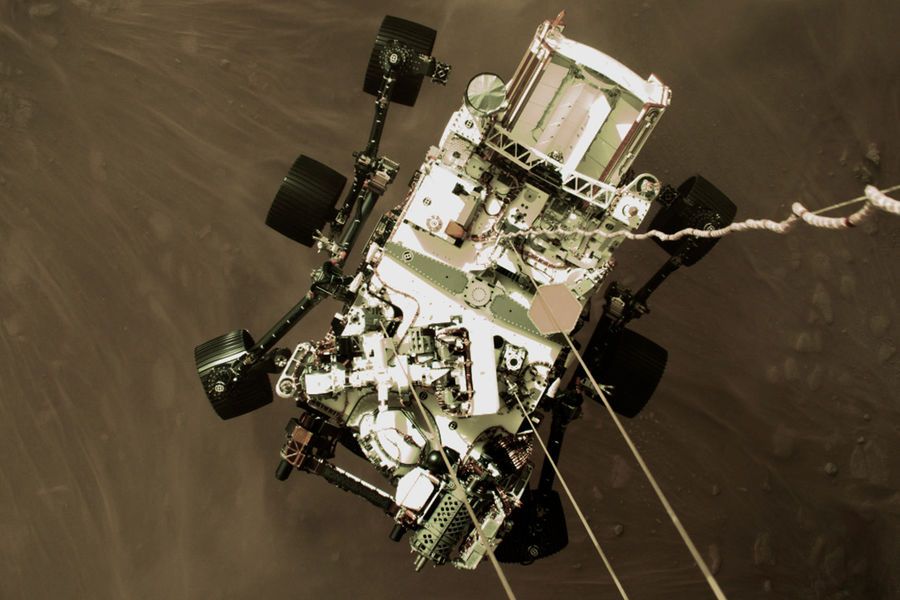 The Perseverance rover has been “inseparable from its home rock” for about four months, writes CNN.

In early February, while traveling on the red planet, a rock hit the rover’s left front wheel, according to data from the left Perseverance Hazard Prevention Camera.

In four months, the stone covered more than 8.5 kilometers over rough terrain. He joined the mission during a campaign to explore Jezero Crater, the site of an ancient lake and river delta, in which NASA scientists examined rocks from a formation they named the Maaz.

Currently, the rover is engaged in core drilling and research of sedimentary rocks in the delta region. According to NASA, these rocks formed billions of years ago when there was water in the area.
Tumbling in the wheel of the rover, the stone does not interfere with operations, and it remains to be seen how long the explorer’s new friend will last in it.

Perseverance is not the first rover to host a pet rock.

The Spirit rover, which operated from 2004 to 2010, had a potato-sized rock stuck in its right rear wheel early on. The stone stuck the wheel, so NASA scientists had to knock it out.

The Curiosity Rover had a few rocks in its front right wheel for weeks. The rover began traveling around the red planet in mid-2012 and is still operating.