Perseverance saw a “rainbow” on Mars that couldn’t be there. NASA explains why she appeared 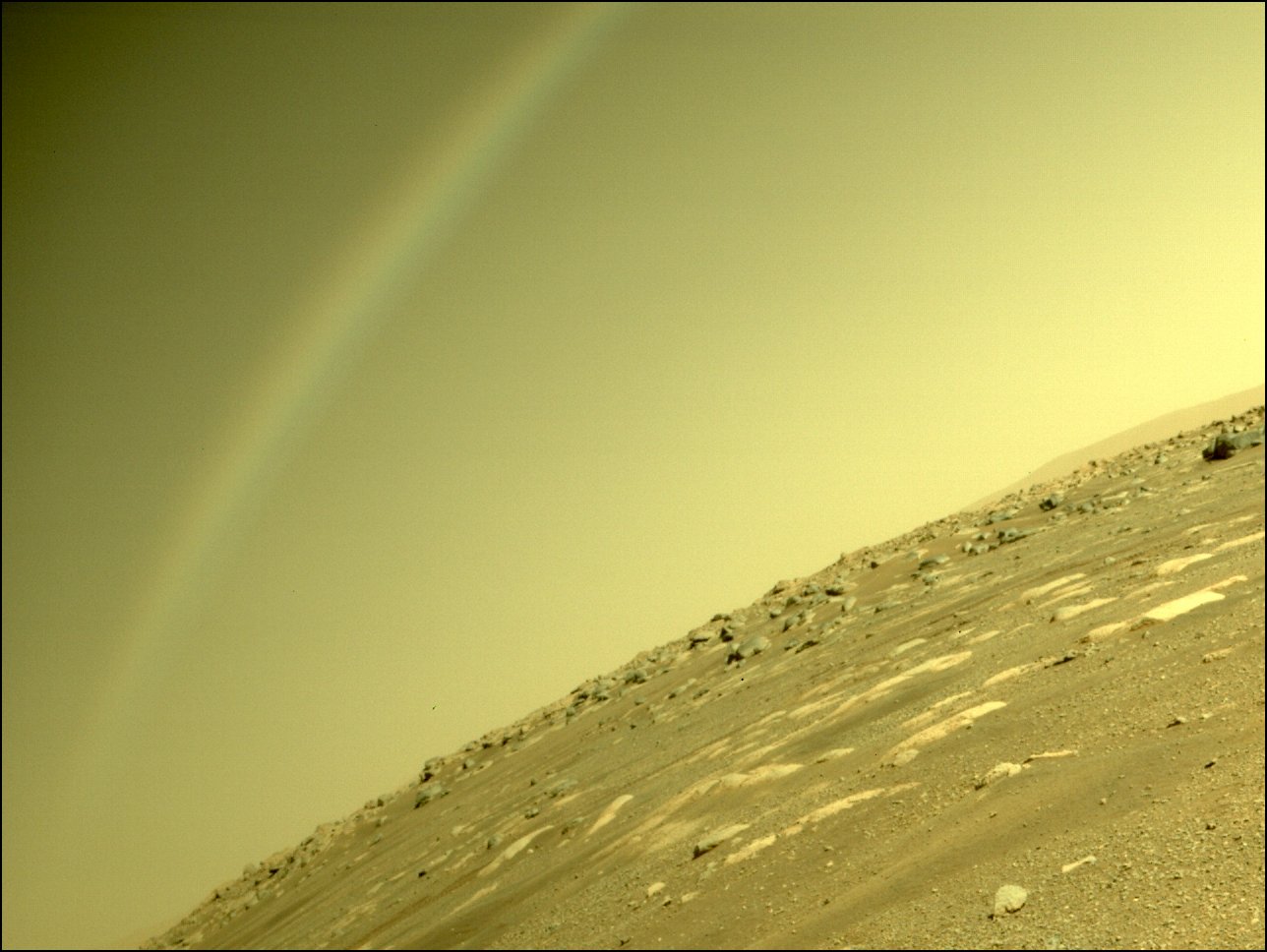 NASA has published a photo of a rainbow on Mars. After the snapshot went viral, enthusiasts began to speculate about where it came from. In response, representatives of the agency explained: the rainbow appeared due to a glare on a color camera.

NASA’s Perseverance rover captured a photo of a rainbow crossing the Martian sky. The picture was taken with a rear camera designed to prevent hazards. The image quickly spread on social media, and Reddit and Twitter users began to speculate on where the rainbow might have come from on the Red Planet. In response, NASA published a post explaining the reasons for this phenomenon.

“Many have asked: is it a rainbow on Mars? The rainbow is created by the light reflected from the water droplets. But there is not enough water for condensation, and it cannot exist in liquid form – it is too cold. This arc is a lens flare, ”wrote the agency on April 6.

“I have ‘sunglasses’ on my front cameras that I need to move forward. It is not so important to have them on your back, so you can see different phenomena in the images from the rear cameras, ”the American experts wrote on Twitter on behalf of the rover itself.

Perseverance landed at Mars’ Jezero Crater on February 18. He is now preparing to oversee NASA’s Ingenuity helicopter flights, which are due to begin on April 11. After Ingenuity completes the mission, the rover will focus on its own exploration. He will look for signs of ancient life at the bottom of the Jezero, where the lake and river delta were located billions of years ago.

Perseverance will also collect and store dozens of interesting samples. In the future, they will be delivered to Earth and scientists will study the rocks in detail. Perhaps they will arrive on our planet as early as 2031, as part of a joint campaign between NASA and the European Space Agency.