Photo of escaping stars from NASA 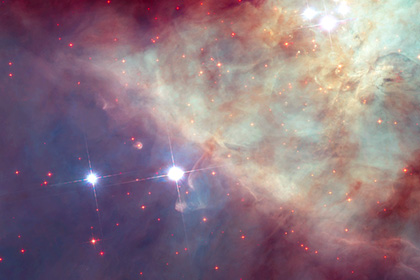 The international team of astronomers discovered three fugitive stars. The corresponding study is aimed at publication in the Astrophysical Journal Letters, shots of the luminaries are available on the NASA website.

Three stars about 540 years ago were located not far from the center of the Orion Nebula at a distance of 1.3 thousand light years from Earth. The luminaries were thrown out by gravitational forces from the star cluster. 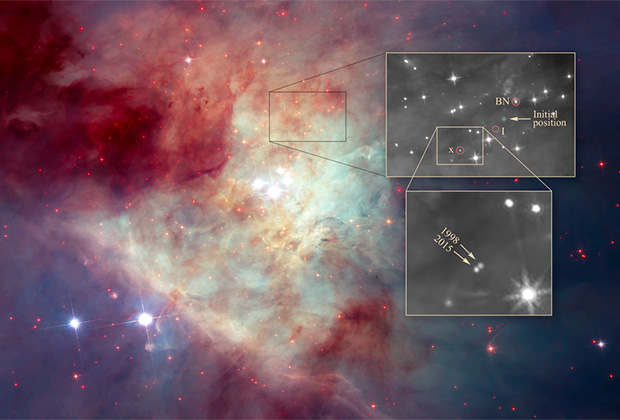 Two stars moving at anomalously high speeds (about 30 times the speed usual for luminaries) in opposite directions were discovered in the last century.

Scientists have found the third luminary, which allowed to explain the observed movement of the first two stars. To do this, astronomers used computer modeling (it allowed to track the source from which the luminaries began to fly), as well as data obtained from the Hubble Space Telescope.