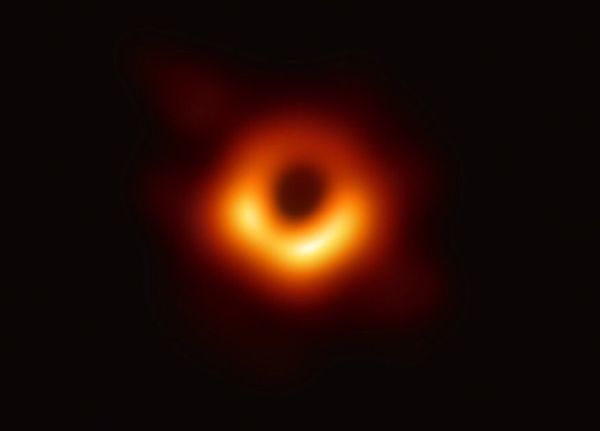 Participants in the Event Horizon Telescope (EHT) project used their photograph of the “shadow” of a supermassive black hole in the center of the galaxy M87 to test the theory of relativity as accurately as possible. This was announced on Thursday by the EHT press service, citing an article in the journal Physical Review Letters.

“We assume that general theory of gravity will differ in some way from general relativity, which can be modified in many different ways. Our observations show that a correct theory of gravity will not deviate much from Einstein’s in how it describes the behavior of black holes.” – said Dimitrios Psaltis, professor at the University of Arizona in Tucson (USA).

The Event Horizons Telescope is a virtual observatory-interferometer that combines the power of the most sensitive microwave radio observatories to observe supermassive black holes in the center of the Milky Way and the galaxy M87 in the constellation Virgo.

Astronomers hoped to get photographs of a black hole’s “shadow” – a region where one could see a “reflection” of its event horizon. In April 2019, EHT participants managed to photograph the “shadow” of a black hole in the center of the M87 galaxy. Scientists used this photograph to test the calculations of the theory of relativity, which links the apparent size of the black hole’s shadow with its mass. Preliminary calculations indicated a complete agreement between the predictions of Einstein’s theory and observational data.

In their new work, the EHT members tested all known alternative theories and modifications of general relativity, completely consistent with its other experimental tests when observing objects on Earth, in the solar system and beyond. It turned out that none of the alternative versions of the theory of relativity surpassed Einstein’s calculations in accurately reproducing those features of the “shadow” photograph that were obtained by the EHT during observations of the center of the galaxy M87.

Thus, the possible number of admissible modifications of theories of relativity has decreased by about 500 times. Scientists hope that new, more detailed photographs of the shadow of a black hole in the center of M87, as well as the first similar images obtained during observations of our Galaxy, will help them conduct even more accurate tests of the theory of relativity in the coming years.