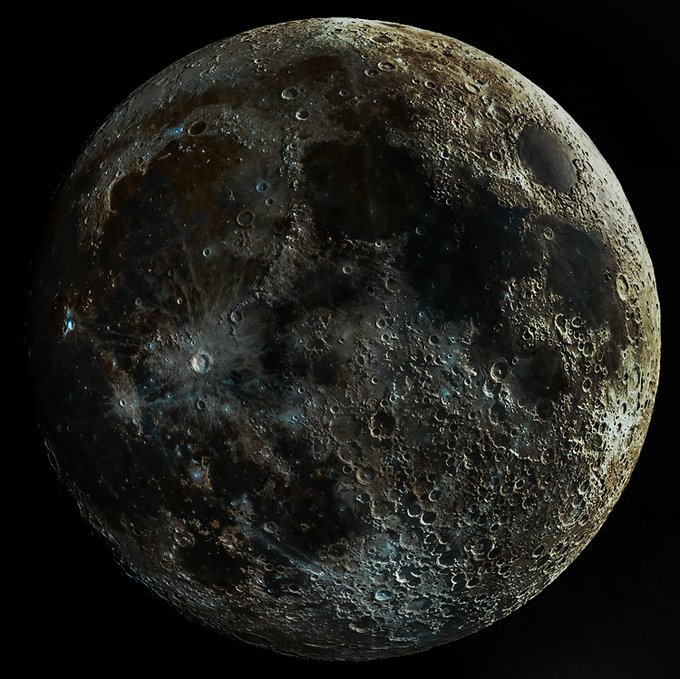 A terminator is a light dividing line that separates the illuminated part of the body from the unlit part. In the case of the Moon and any other spherical body, the terminator has the shape of a semi-ellipse, but it is especially interesting that long shadows are observed at this boundary, which give the surface a voluminous and clear appearance, making craters more noticeable.

California astrophotographer Andrew McCarthy wondered what would happen if you take pictures of the plots in front of the terminator in different phases of the growing moon and combine them into one image. McCarthy had to do painstaking work, combining thousands of different images of the earth’s satellite.

The result was an image of the Moon, which we had not seen before, with a dazzling array of craters, dimples, and potholes, bizarrely combined in one picture.

“This moon may seem a little funny to you. All because this is an unrealistic image. From the images of the two weeks of the growing moon, I took the areas with the highest contrast (right in front of the terminator, where the shadows are the longest), aligned and mixed them to show the rich texture of the entire surface, ”McCarthy wrote on Instagram.

He added that the process was very tedious, since each image had to be matched with a three-dimensional sphere and adjusted so that each image was aligned.

McCarthy, who took original shots using the ASI1600MM and Celestron edgeHD 800, said he could repeat the process for the waning moon.