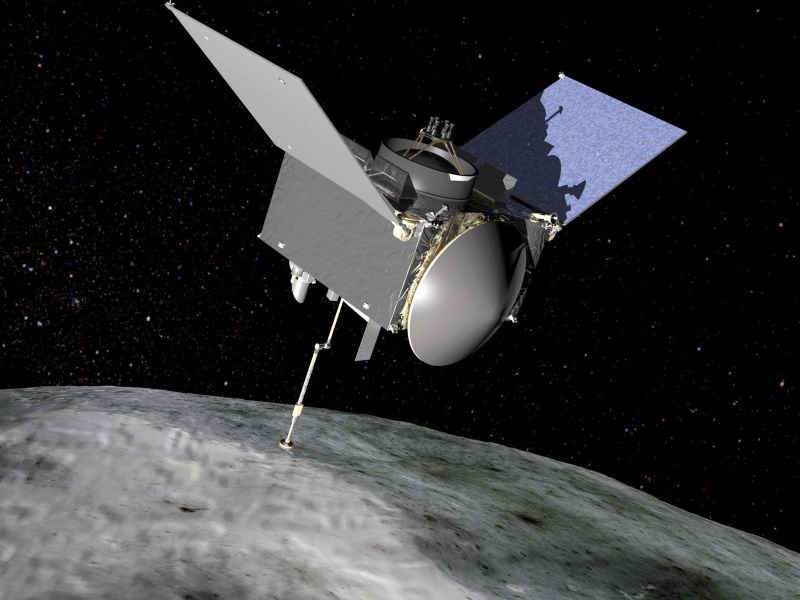 The NASA OSIRIS-REx spacecraft sent new photos of the asteroid Bennu to Earth, taken from a record short distance – just over a mile and a half from the surface. The rocky surface of the asteroid, according to scientists, is the result of the formation of Bennu from the debris of other cosmic bodies.

Origins Spectral Interpretation Resource Identification Security Regolith Explorer (OSIRIS-REx) is an American interplanetary station, the purpose of which is to deliver soil samples from the asteroid (101955) to Bennu. Rotating around the asteroid at a very close distance, the probe was able to send several new images of the cosmic body, taken from a distance of only 1.6 kilometers from the surface.

On December 31, OSIRIS-REx reached a record low steady orbit around the asteroid: so close to such a small celestial body (its diameter is only 0.56 kilometers), none of the missions could ever get close to it. After that, as calculated by NASA, the probe will take Bennu’s soil samples, then deliver them to Earth – so the researchers want to learn more about the evolution of the Solar System.

New pictures of OSIRIS-REx were made on January 17th – two images of the South Pole Bennu, taken at shutter speeds of 1/700 seconds, are visible on them. In the photographs, the scientists saw the rocky surface of the asteroid: in their opinion, such a rough form is the result of the fact that Bennu was formed from fragments of other cosmic bodies, freely grouped together. Images were captured using NavCam, the main camera that the team uses to navigate and control the spacecraft.

Another recently published image of Bennu’s South Pole, made during the preparation of the probe to orbit, was taken at a distance of about 12 kilometers and also gives scientists a rich ground for studying the surface of a celestial body. This photo was taken by another camera – MapCam, which acts as one of the scientific instruments of the probe – and not a special navigation camera. The main goal is to take a picture of the asteroid in color and help the team choose a place where OSIRIS-REx will collect samples for delivery to Earth. 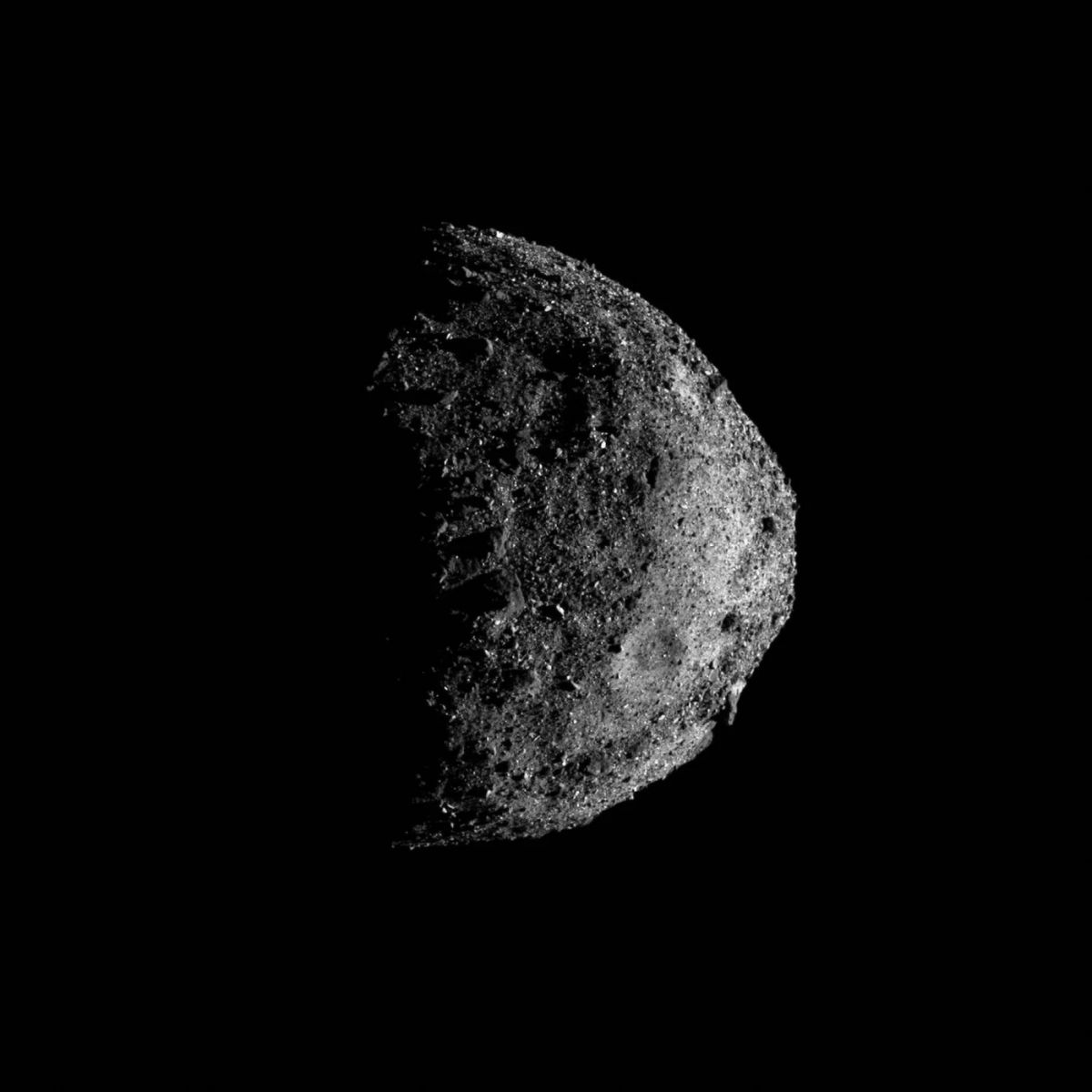 The process of collecting tests will not begin until at least mid-2020 – so much time is needed for scientists to study Benna from all sides and make an informed decision about where exactly to collect the samples. In parallel, detailed observations will be made of surface boulders that may interfere with sampling equipment.

Asteroid Bennu, previously called 1999 RQ36, according to NASA employees, is considered one of the candidates for a possible collision with the Earth – a fateful meeting, according to specialists, may occur in the second half of the XXII century. The probability of this event is 1 to 2,700, because this mission has not only scientific, but also practical goals.