Photos from the most powerful Martian telescope 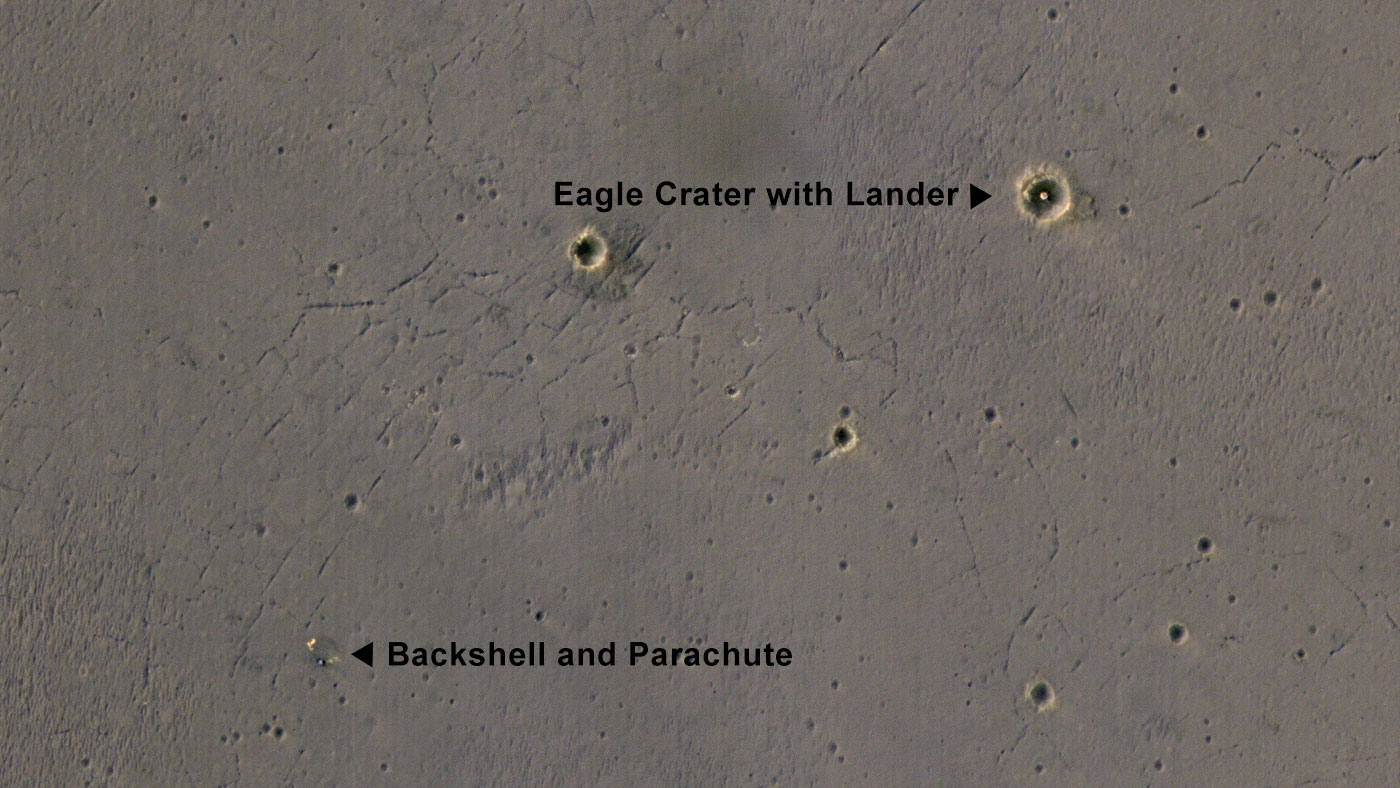 In April, a new photograph of the Martian landscape was presented, made by the most powerful telescope on the Red Planet.

More than 13 years ago, the American Mars rover Opportunity landed on Mars inside the huge Eagle Crater. On April 8, 2014, the MRO orbiter made an excellent photograph of this area, which clearly shows the landing place of the rover mars rover.

A little to the left of the landing site of Opportunity, a parachute is also seen on which the rover descended to the surface of the Red Planet in 2014.

The photograph was taken with the HiRISE high resolution camera, which is installed on board the Martian Reconnaissance Apparatus. We can say that HiRISE is the most powerful telescope ever sent to Mars.