Photos of Mars in ultraviolet light 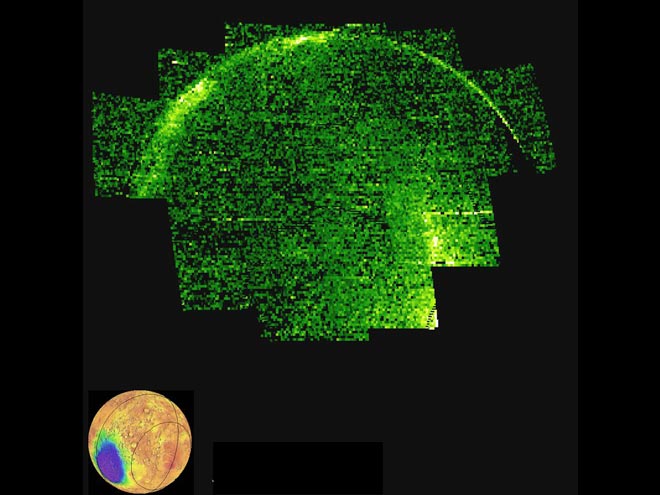 The MAVEN mission team noticed clouds forming over four huge Martian volcanoes, in photos 9 and 10 July 2016. Apparently, clouds are formed the same as the clouds over the mountains on Earth.

“The highest volcano of Mars, Olympus mountain, which is the dark area at the top of the image with a small white cloud on top. Mount Olympus seems dark because the volcano rises over much of the smoky atmosphere. So the rest of the planet seems lighter,” writes NASA in a statement.

“Even three volcanoes lined up on the diagonal, and the clouds merge and cover the end of the day thousands of miles”, — adds space Agency.

This is not the first time scientists have seen clouds on Mars. The mission of the Pathfinder (Pathfinder) took pictures of clouds in the Martian sky in the 1990s, the Space telescope “Hubble” earlier this year also showed clouds over the red planet.

New image MAVEN contribute to substantial progress in uncovering the mysteries of the night glow of Mars, which is “common planetary phenomenon — the dull sheen of the sky even in the complete absence of outside light,” says NASA. The Earth, for example, also has a night glow.

Martian glow is formed by nitric oxide visible in ultraviolet wavelengths. The light from the Sun breaks the molecules of carbon dioxide and nitrogen, and the winds blow down the atoms on the night side of the planet.

Although researchers had previously assumed that the night glow there is on Mars, photos of MAVEN for the first time officially documented this phenomenon.

MAVEN was sapaden in 2013 and went into orbit of the fourth planet from the Sun in 2014. Since then, the probe sent to Earth many informative pictures that helped to better understand the nature of the atmosphere of our “neighbor” in space.