Planet Kepler 62-f can be inhabited 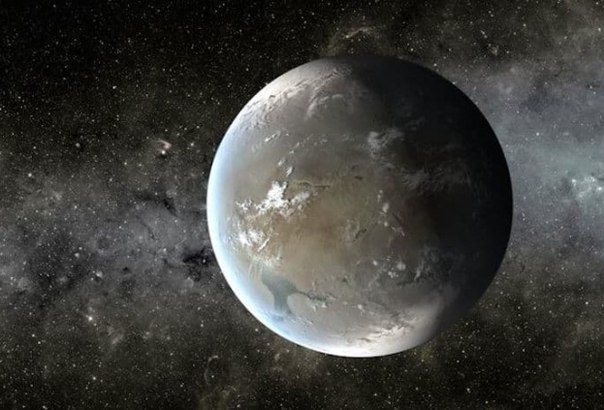 Over the last 20 years scientists have discovered outside our Solar system more than 3 thousand stars similar to the Sun. In such a variety of systems found several planets that are at a safe distance from their stars, and, according to the latest research from Kepler 62-f has all the chances to be inhabited.

A computer simulation determined that this exoplanet is very likely there are rock formations, oceans and even life. The planet was discovered relatively recently, in 2013, using the Kepler telescope. It was he who gave the planet its name — as well as 2325 other planets, discovered with his help over the past 7 years.

Kepler-62f is located at a distance of about 1.2 thousand light years from us. In size it is only 40% bigger than Earth and orbits its star within the habitable zone — that is, the conditions close to the conditions of our planet and provide the possibility of formation of water. But although scientists knew that the distance from Kepler-62f, the star of optimally, to talk about the formation of life on the planet on this one factor.

For example, in our system there is the wonderful blue of the planet Venus: it is similar to Earth in size and distance from the Sun and, apparently, has all chances to be inhabited. However, due to the dense atmosphere it is similar to boiling a pot closed with cover: the greenhouse effect warms the surface of the planet until 470 °C, and atmospheric pressure is 90 times greater than earth’s.

So the next step was the study of the atmosphere of Kepler-62f with the help of computer simulation, calculates all the possible combinations of orbit and atmosphere. Headed a research astronomer and astrobiologist of Amava shields (Aomawa Shields) from the University of southern California, Los Angeles (UCLA). Options to calculate the thickness of the atmosphere and its content of carbon dioxide. And the results really are encouraging.

“We have identified a number of scenarios under which the planet’s surface will be warm enough for liquid water formation in the state,” says shields. — This makes Kepler-62f sure candidate for the title of habitable planets.”

According to the astronomer, at this distance from the star, the atmosphere of Kepler-62f should consist entirely of carbon dioxide and to be 3-5 times thicker than earth’s to keep warm.

If carbon dioxide is not enough, there is a possibility that due to the peculiarities of orbital motion of the planet during part of the year the temperature may rise above freezing point, and ice temporarily melt away.

Data on the possible orbital trajectories were obtained using the computer model HNBody, and the climate was simulated using models of the Laboratoire de Meteorologie Dynamique Generic and Community Climate System Model. The results of both types of models were combined to study exoplanets. In the future this combination will be used to determine the probability of the existence of life on other exoplanets, while more accurate information can be obtained only through telescopes.

According to shields, the purpose of the study her team is drawing up a list of prospective habitable planets. When will be invented more powerful telescopes, scientists will finally be able to look at their atmosphere and to verify the simulation results.