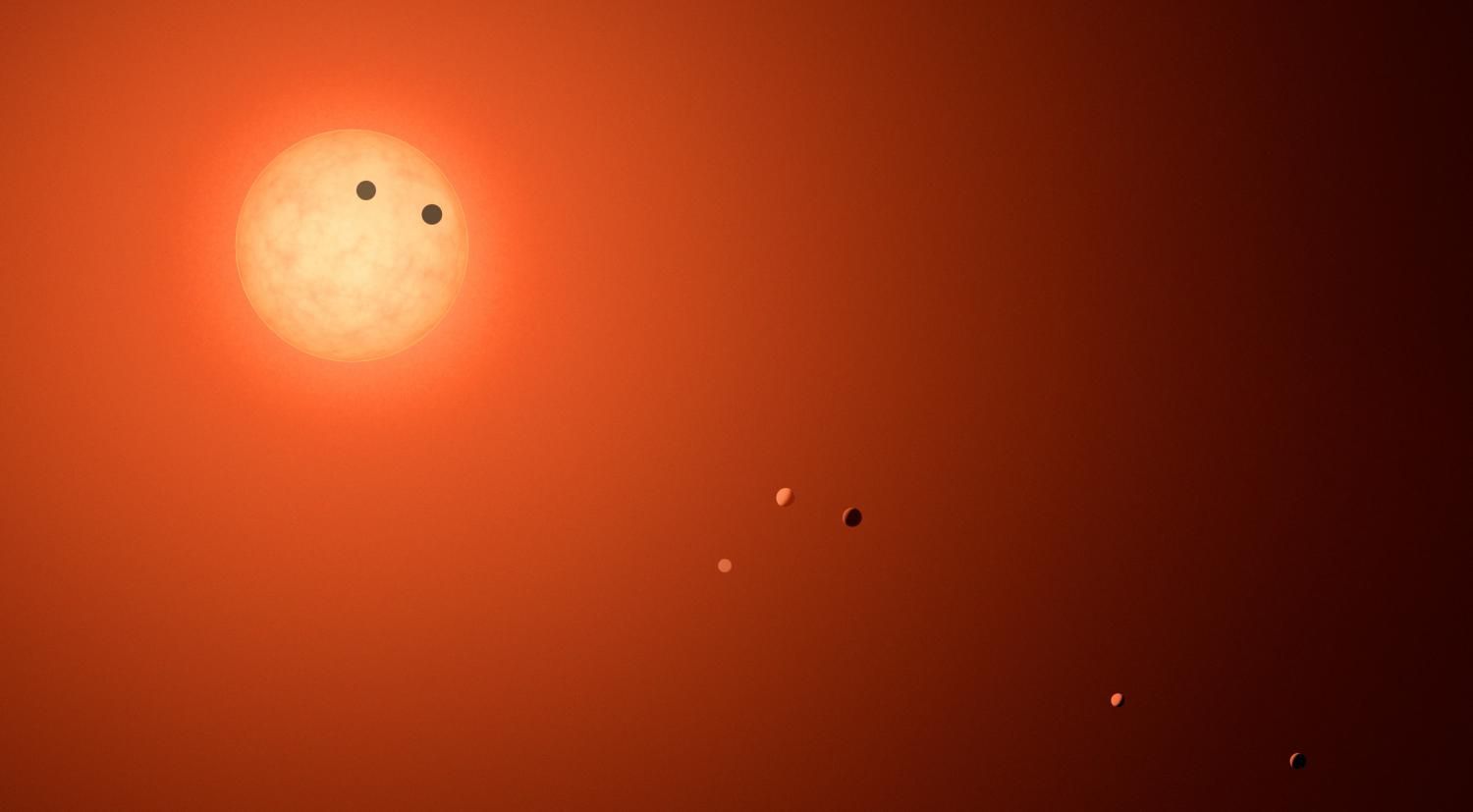 When NASA announced the discovery of the TRAPPIST-1 system in February this year, this message was a real sensation – and not without reason. Three of these seven planets about the size of the Earth lie in the inhabited zone of the star, that is, the conditions on their surfaces can be favorable for life.

However, one of the major scientific problems associated with this system is that the TRAPPIST-1 planetary system must be unstable according to calculations by astronomers.

“If we try to model this system, then in our model, the planets collide with each other in less than one million years,” said Dan Tamayo of the Center for Planetary Science at the University of Toronto Scarborough, Canada.

To solve the instability problem of the TRAPPIST-1 planetary system, Dan and his team assumed that the planets can be in the so-called “resonance chain”, which can substantially stabilize the system.

In resonant configurations, the orbital periods of the planets are in a relationship, expressed in small integers.

The team conducted computer simulations of the systems they proposed using the supercomputer cluster of the Canadian Institute of Theoretical Astrophysics and found that most of the generated systems remained stable throughout the simulation. This time exceeded by hundreds of times the possible lifetime of the TRAPPIST-1 system, determined from the results of calculations of early models.