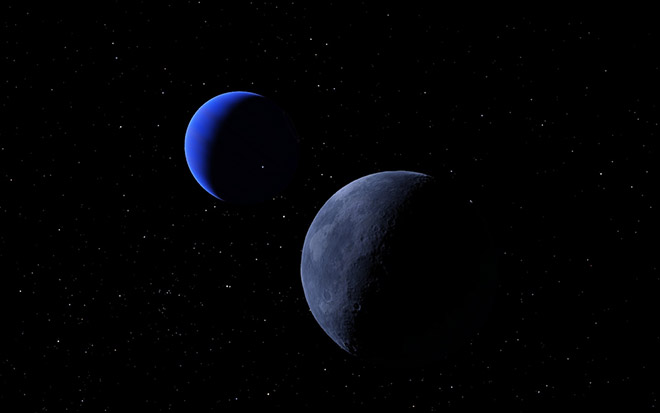 The ninth planet, known as planet X and, presumably, located on the outskirts of the Solar system can be neighbors. This is stated in a new study presented by astronomers.

In January of this year, the staff of the California Institute of technology (“Caltech”) introduced the world to his calculations, which showed that some of the dwarf bodies in the Kuiper Belt are not moving as they should, which can be explained by the influence of a massive body. Probably the planet.

Scientists from Cambridge University recently unveiled a new data. Fresh calculations have shown that the orbits of six TRANS-Neptunian objects mentioned in the original study, not as stable as expected. Likely, conclude the authors of a scientific work, they can influence not one body, but several.

“We expect that within the ninth planet may be the tenth, and so on,” says study Carlos De La Fuente Marcos, one of the leading researchers.

Other astrophysicists who checked the calculations, but was not involved in the study, however, are skeptical: they are not sure what to say about the presence of “neighbors” of planet X in a timely manner, since the results of the calculations is very similar to the results of the command “Caltech” and should be further analyzed later. Maybe they only acknowledge the existence of unnoticed wanderer, without adding additional gravitating objects.