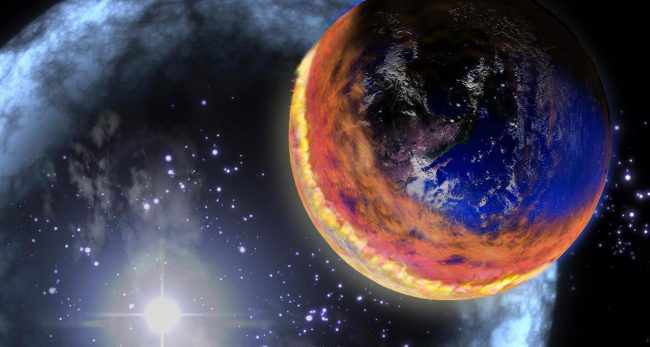 Scientists have long debated the topic of the causes of mass extinctions that our planet is exposed to regularly. There is a scientific hypothesis that the cause of these disasters that are invisible planet-killer.

It is believed that the Sun has a companion star. It is the star of Nemesis or “Death Star” that periodically attracts the pieces of ice rocks from the outskirts of the Solar system and sends them towards the Earth.

Astronomers Daniel Witmer, albert Jackson, mark Davies, Richard Muller and Piet hut conducted a study and stated that mass extinctions occur at regular intervals from 26 to 30 million years for the past 500 million years. 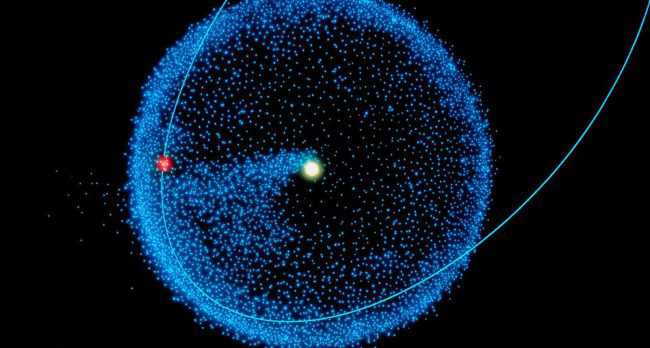 The reason may be the gravitational pull of Nemesis, which is spinning around the Sun in an orbit 1.5 light-years from Earth, breaking the Oort cloud, a cluster of ice asteroids that lies beyond the orbit of Pluto at distances of 0.8–3 light years away and weakly bound by the gravity of the Sun. It is the Oort cloud is the source of “dlinnoplodnyh” of comets, which return into the inner Solar system once every hundred years.

Nemesis should be a red or brown dwarf, no more than Jupiter. It is too far from Earth and this distance its difficult to see even with the use of powerful telescopes.

Astrophysicist Adrian of Melott from the University of Kansas and paleontologist Richard Bambach from the Smithsonian Institute in Washington, D.C., studied fossils have confirmed that mass extinctions occur every 26 to 30 million years.

Combining all the latest data, paleontologists, astrophysicists, and astronomers, came to the conclusion that waves of mass extinction should be determined not by the Nemesis, and the influence of another planet – Planet X.

Scientists have suggested that there is a solid planet five times more massive than Earth that orbits in the Solar system far beyond Neptune. This planet attracts the comet, from the Oort cloud, but from the closer Kuiper belt. This planet X is very dark and reflects no light, that’s why she is invisible to terrestrial telescopes.

Waves of comets send “Planet X” can be a cause of global extinctions on Earth. It should be noted that the time of the next comet strike, which will cause a mass extinction has already come and if the hypothesis of scientists is correct, very soon the Earth will fall deadly cosmic rain of meteorites, asteroids, and comets.

Human civilization is completely unprotected from cosmic threats, but what can we do to prevent them – nothing.