Planet X was formed directly in the solar system 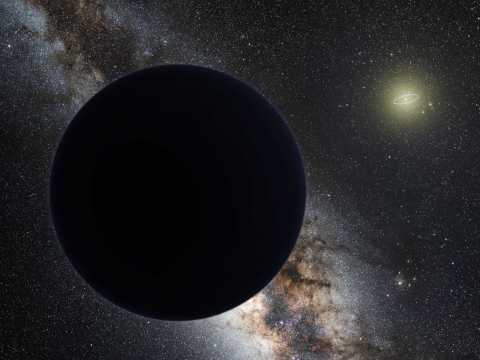 A large planet that exists far beyond the orbit of Pluto could form directly in the solar system, and not be captured by another star.

Almost two years ago – in early 2016 – astronomers showed that the unusual trajectories of the motion of celestial bodies in the Kuiper belt that surrounds the far reaches of the solar system should indicate the presence of a very large and as yet unknown object – a mysterious ninth planet. It is not yet possible to observe it directly, but scientists are trying to find out the various features of a potential planet. In particular, its mass is estimated at 20 Earth masses, and the orbit should lie 150-350 times further than us from the Sun.

Modern models of planetary formation can not explain how such a massive body was formed at such a distance from the parent star. In addition, the orbit of the “planet X” is deviated from the usual plane for the solar system by as much as 60 °. These and other factors cause many astronomers to suspect that the body is an exoplanet that appeared in another stellar system and subsequently captured by the Sun’s gravity. However, the new work of British and Swiss scientists refutes this hypothesis. The article by Richard Parker (Richard Parker) and his colleagues is accepted for publication in the journal MNRAS and is presented in the online repository arXiv.org.

In fact, today our Sun is in a rather deserted area of ​​the Galaxy, but 4.5 billion years ago it was surrounded by a much larger number of stars – it would seem that one of them could well “lose” a newborn planet. Such a scenario was modeled by Parker and his co-authors, showing that the probability of capturing the star of a planetary mass object is in fact independent of the total mass of the star formation region. In other words, the density of the location of young stars did not increase the chances that one of them would catch another’s planet from a distant and unstable orbit. But this was influenced by the internal movement of the group of stars themselves – for example, the expansion at a relatively low density of location greatly increased the frequency of such events in the model.

“Exchange” of the planets can affect no more than 1-6 percent of them. According to scientists, in the case of the real Sun, the implementation of such a scenario in the past looks almost incredible. And if you accept their arguments, then there are two options: either it is an “orphan” planet, accidentally flying past and captured by the gravity of our star, or “planet X” was formed directly in the solar system. And then we will have to explain how such a large and heavy body could be at such a distance from the star.