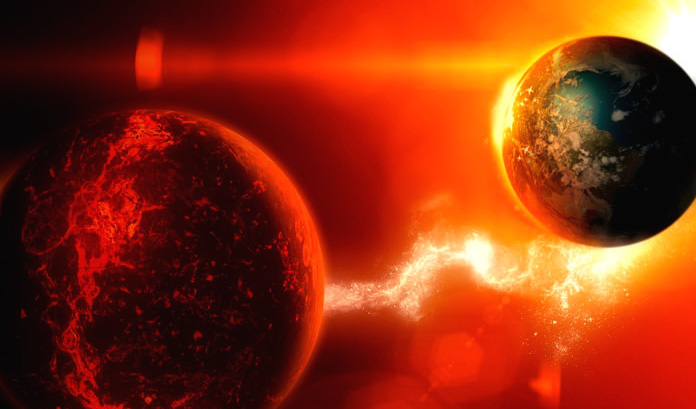 Scientists have conducted extensive investigations and concluded that the mysterious Planet X was born in another system, and “migrated” into the solar system, which is our home.

Astronomers Batygin Constantine and Mike Brown shocked the scientific world in January 2016, presenting evidence of the existence of the ninth planet of the solar system, also known as Planet X. It was the 10th planet of the solar system, but even before they made an official announcement about its existence, scientists deprived the right of Pluto to be called a planet and the new planet automatically became the ninth and not the tenth.

Planet X The mass exceeds the mass of the Earth 10 times. Scientists from different countries, carry out calculations and computer simulations to clarify how this mysterious cosmic traveler could affect the planets located in the Solar System.

American astronomer James Vesper, together with other well-known scientists, conducted a large-scale study to check the version that Planet X was born in another system. The team of scientists also conducted a calculation of 156 different versions of the Sun and Planet X meeting, considering that Planet X dimensions are comparable to the sizes of Neptune or Jupiter. A variety of options were calculated including speed and trajectory of the planet-traveler.

40% of all calculations showed that of Planet X speed is low enough, so the attraction of the Sun could “slow it down” and turn it into one of its satellites. Possible consequences for the other planets of our system, including Earth, occurred to be very frightening – invasion of Planet X can “catapult” the planets of the Solar System and they will scatter in different directions like billiard balls.

However, there is a small percentage probability that the circumstances related to the rate of arrival and the location of the orbit of Planet X movement would be successful enough so the planets of our system and our home the Earth – won’t be affected.

The work of scientists is complicated by an unexplained invisibility of Planet X, which presence is proved but it is not yet possible to find it visually and therefore it is difficult to carry out precise calculations without having accurate data on the size of the object. Scientists believe that if we consider the fact that the planet once already visited our solar system then its size could not exceed the size of Neptune, otherwise there would be a complete overhaul of the solar system.

Scientists hope that the emergence of powerful new telescopes will finally help them to discover the mysterious Planet X that would give a lot of new data about its size, weight and trajectory.