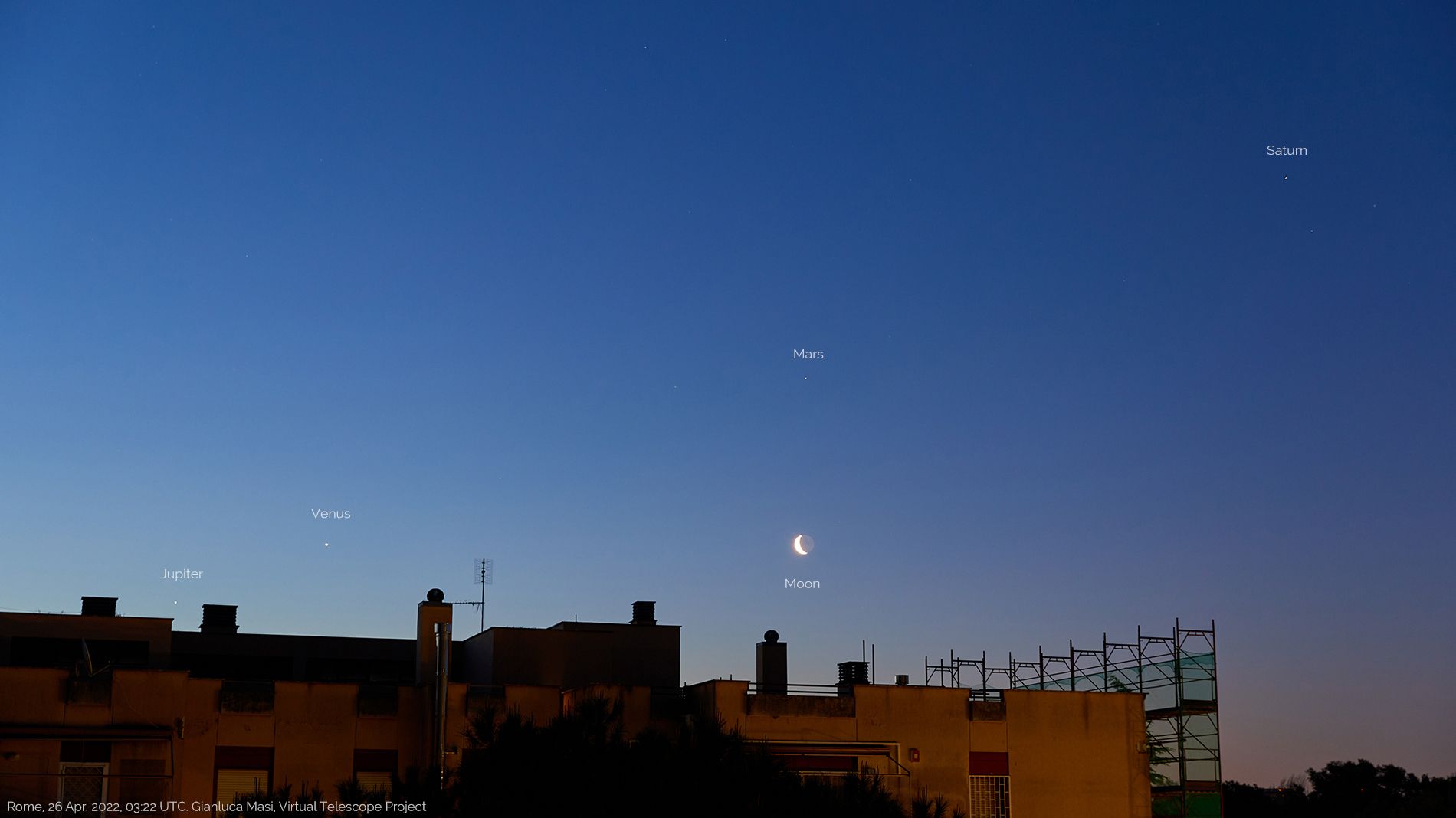 Italian astrophysicist Gianluca Masi was able to capture a grandiose event in the sky. The photo was taken from the home of a specialist in Rome, writes Live Science.

In addition to the natural satellite of the Earth, Saturn, Mars, Venus and Jupiter can be seen in the picture. According to the photographer, this parade of planets can be considered a preparation for a more impressive event that will take place this summer. The fact is that in mid-June, Mercury will also join this list.

Depending on the number of planets participating in the parade, there are small parades (4 planets) and large (or great) parades – when 5 planets gather.

Small parades of planets occur approximately every 15-20 years, and large ones much less frequently. In addition, there are so-called visible and invisible parades of planets. The latter take place if the position of the planets in the sky is close to the Sun.