Planetary-scale eddies found in the atmosphere of Venus 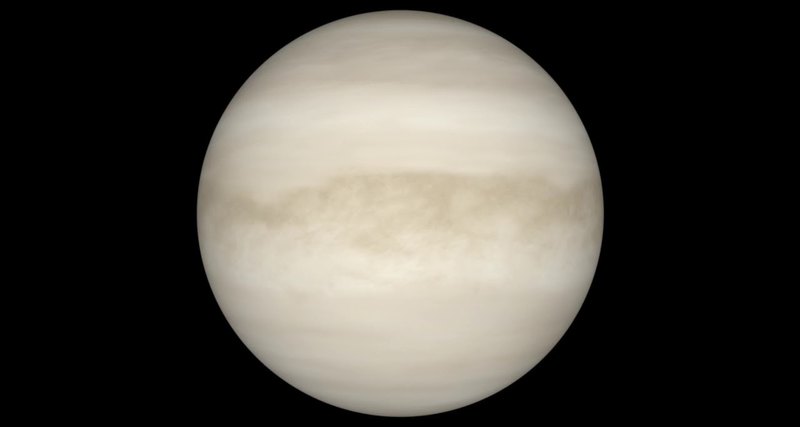 This discovery was one of the scientific results achieved by the Akatsuki probe, launched in 2010 and intended specifically for the study of the Venusian atmosphere. As it turned out, in the northern and southern hemispheres of the planet from time to time, giant atmospheric eddies occur, covering the polar and partially moderate latitudes.

I must say that the Venusian atmosphere is completely different from the earthly one. For the most part (96%) it consists of carbon dioxide. In addition to it, it contains nitrogen and sulfur dioxide. All other gases there are very few. The atmosphere is much denser than the earth – its pressure at the surface of the planet is about a hundred times that of the earth.

In addition, there it is very windy – the wind speed stably reaches 500 km / h. For comparison: the Beaufort scale used on Earth is graduated to 118 km / h, all that is higher is a severe hurricane with victims and destructions.

In the upper layers of the atmosphere there is dense cloudiness, making it difficult to discern everything below. Therefore, the main instruments of Akatsuki are infrared cameras, for which cloudiness is not a disturbance.

When studying the structure of the atmosphere, it turned out that significant parts of the northern and southern hemispheres from time to time are covered by atmospheric vortices of quite planetary dimensions that capture almost half of the planet. Super cyclones rage at altitudes of the order of 30–60 kilometers. For Venus, this is not high – the upper boundary of the atmosphere here is located about 350 km from the surface of the planet. 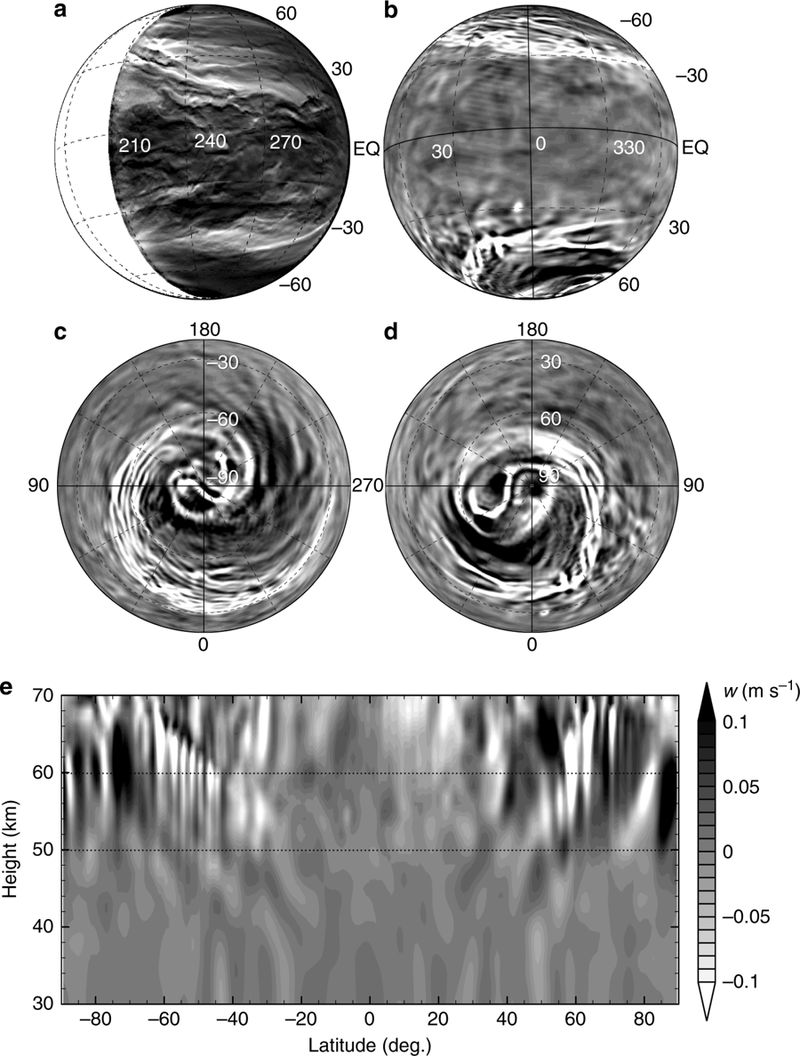 The structure of the vortices in both hemispheres is symmetrical; they extend to ≲75 degrees of latitude.

When trying to explain the visible picture, scientists are confronted with strangeness. The formation of vortices itself is due to Coriolis forces. But, from the point of view of theoretical models, then the vortices should exist in the Venusian atmosphere constantly, and, judging by the observations of “Akatsuki”, they appear and disappear with an obscure periodicity.