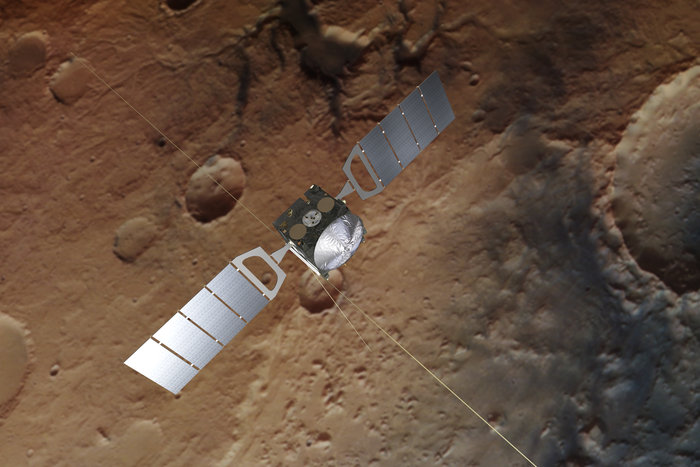 Thanks to the European automatic station, planetologists have received new data on the atmosphere of Mars.

A new study, realized with the data collected by the Mars Express spacecraft over 10 years, has revealed new data on the complex Martian atmosphere.

As part of this study, scientists from the European Space Agency ESA learned that the atmosphere of the Red Planet functions as a single coherent system with its specific processes occurring at the low, middle and upper levels.

Understanding the Martian atmosphere and all its mechanisms and processes is a key topic in modern planetology.

The atmosphere of Mars is gradually thinning, but it can still tell many interesting things about the past of the Red Planet and about the potential level of its habitation.

As you know, once this planet lost most of its once more – less dense atmosphere. In addition, in the past, it was very wet, which could ensure the development of life in its interior and on its surface.