Planetologists recognized the Earth as a “normal” planet 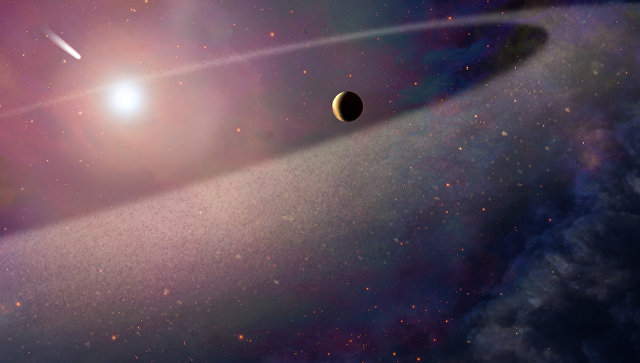 Astronomers studied in detail the chemical composition of two dozen planetary systems and did not find any serious differences between them and the Earth. This increases the chances of the discovery of extraterrestrial intelligence, said scientists who spoke at the geochemical conference Goldschmidt in Boston.

“All the” bricks “that make up planets in other stellar systems look just like their counterparts on Earth, where all the critical elements are present and their fractions are roughly equal to the earth’s, which means that planets like Earth, must exist in the Milky Way, “says Siyi-Xu from the Jimini Observatory in the Hawaiian Islands (USA).

More than half a century ago, the American astronomer Frank Drake, trying to assess the chances of finding extraterrestrial intelligence and life, developed a formula for calculating the number of civilizations in the Galaxy, with whom contact is possible.

As Xu tells, the verification of this theory is now complicated by the fact that modern telescopes do not have sufficient sensitivity for “direct” observations of earth-like exoplanets and the study of their chemical composition.

For this reason, astrologers are compelled to go in a roundabout way, calculating their composition according to what impurities their stars contain and how their atmospheres are arranged. Xu and his colleagues found a witty way to solve this problem, using one recently discovered feature of white dwarfs, “dead” stars.

All white dwarfs and sub-dwarfs have one curious property: any matter absorbed by them is distributed on their surface not by chance, but in the form of a kind of puff pie. Heavy elements, like oxygen or silicon, will gradually “sink”, and hydrogen and helium will “float”.

Due to this, traces of heavy elements, even if they are present on the surface of the dwarf in large quantities, can be seen practically only at the initial stage of absorption of debris of planets, asteroids and comets. At this time, heavy elements will not have time to “drown” yet, and their presence in the atmosphere and on the surface of the dwarf can be seen from the characteristic absorption and emission lines in its spectrum.

In total, Syou and his team managed to open 18 similar luminaries, located relatively close to Earth, 458 light years away or closer. After studying their spectrum with the help of the Keck telescope, scientists calculated the amount of matter “eaten” by dwarfs and studied its composition.

As it turned out, all the planets crushed by their former stars contained completely “terrestrial” parts of calcium, magnesium, silicon, iron and other rock-forming elements. In one case, according to Xu, his team even managed to find traces of water and other volatile substances, but it was not possible to measure their relative mass.

This suggests that planets that are similar to the Earth in composition are by no means unique and are found in the Milky Way quite often. This significantly increases our chances of discovering a twin of the Earth and representatives of extraterrestrial civilizations, scientists conclude.