Planetologists told about another mysterious feature of Mars 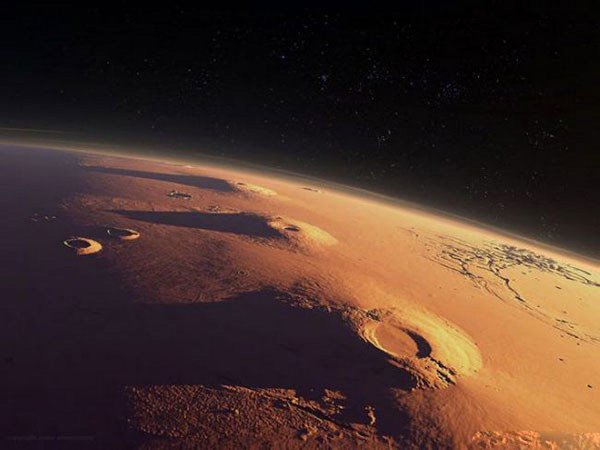 Planetologists who are engaged in the exploration of Mars, talked about another amazing feature of the Red Planet.

The images made by the Mars Express spacecraft (ESA) show a crater called Ismenia Patera. It is on the surface of Mars. Its origin is still unclear. Scientists are trying to understand how it could be formed. Perhaps the reason for its formation was a meteorite that crashed into the surface, or could it be the remnants of a super volcano?

Ismenia Patera can be translated from Latin as a flat bowl. This Martian intriguing feature is located in the Arabian region on the Red Planet.

Ismenia Patera extends approximately 75 kilometers. Its central part is surrounded by a ring of hills, blocks and rock blocks that are thought to have been expelled and thrown into the crater under the influence of some factors. 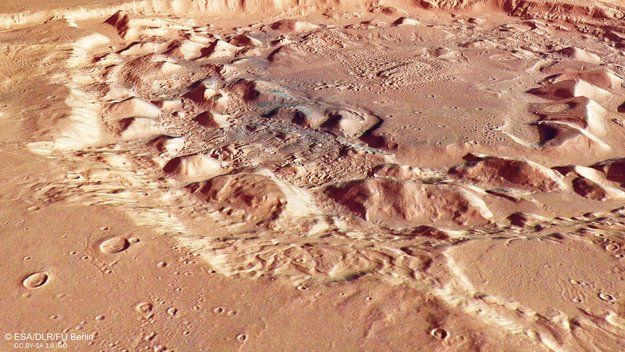 The photos shown here were made on January 1 by a high-resolution stereoscopic camera, which is installed on the Mars Express board.

Such detailed images with high resolution shed light on the numerous features of Mars.

It is possible that in the place of Ismenia Patera once there was a volcano that erupted a huge amount of magma, which eventually led to the destruction of the volcano.