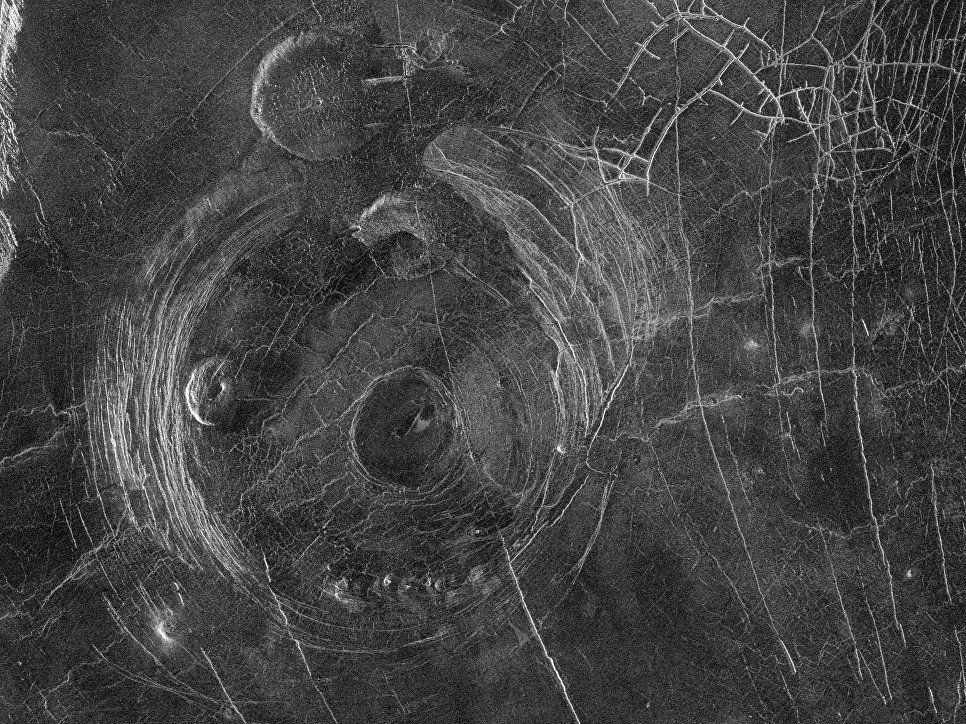 In the journal Nature Geoscience published a rather controversial article, questioning the main confirmation of why the Earth did not turn into a similar “Venus” planet to Venus. Scientists planetologists have found the prerequisites for the existence on it of peculiar mini – “continents” and tectonic processes.

Norwegian geologist Fabio Krameri of the University of Oslo explained that images of the surface of the Morning Star revealed not only the already familiar relief forms of volcanoes, but also unique so-called “crowns” explaining the processes occurring in the interior of Venus, which point to the error of modern ideas On the motion of its lithosphere.

Although Venus is similar to the Earth in terms of its conditions, it differs radically from our planet by its appearance. The heat of its atmosphere reaches 462 degrees Celsius, there is practically no water, the relief surface is solid volcanoes, and only carbon dioxide and sulfuric acid enter the atmosphere. What actually led to such a water shortage on Venus and the formation of the effect of a giant greenhouse, there is still no consensus among scientists of minds.

Of the reasons assumed by planetologists, the first priority is the absence on Venus of tectonic processes that on Earth, like conductors, control the movements of the plates of the earth’s crust. Spending all his energy on cooling the mantle and, as it were, “dropping steam” during the eruption of volcanoes emptying the magma, thus, a certain balance of temperature on the planet is maintained. Venus, similar processes “does not have”, the heat of its bowels accumulated a very long time, until massive volcanic eruptions began, because of which the atmosphere got a huge amount of sulfur and carbon dioxide, which created this effect of a giant greenhouse.

However, university scientists from France, headed by Anna Daval, deny the correctness of this hypothesis. They created in the laboratory “miniature” Venus and found in its rocks hints of tectonic processes. According to the scientists themselves, first of all they were interested in the appearance of these so-called “crowns” – mysterious round plateaus on the surface of the Morning Star, outlined around a large number of faults and cracks, similar to the “pillar” of pancakes with various shapes and diameters. Since the discovery in 1983 of the research probes of the USSR “Venus-15” and “Venus-16”, they cause controversial opinions among planetologists.

Many are inclined to believe that the emergence of such structures is typical of places where so-called plumes (streams of hot rocks) come from the very depths of the mantle layers to the surface of Venus. Having reached it, a larger number of them returns back down, and the remnants of magma form on the surface such a multilevel dome with an “aperture” in the center. Daval and her colleagues wanted to find out whether the returning magma could “take back” the matter of the crust from the surface of Venus with its current back to the core, as if imitating the Earth’s cycle of the rock. The verification of this idea was carried out using a suspension of nano-particles that mimics the bowels of the “Morning Star”. And in fact, such a process was possible.

Although it is almost impossible to observe it from the orbit, it is possible to notice changes, not only in the form of “crowns”, but also in many other cracks and ditches that actually cover the entire surface of Venus. This confirms the presence of tectonic processes on it and will “force” the specialists of planetology to reconsider the already existing hypotheses about how the Earth managed to avoid the “hellish” fate of Venus.