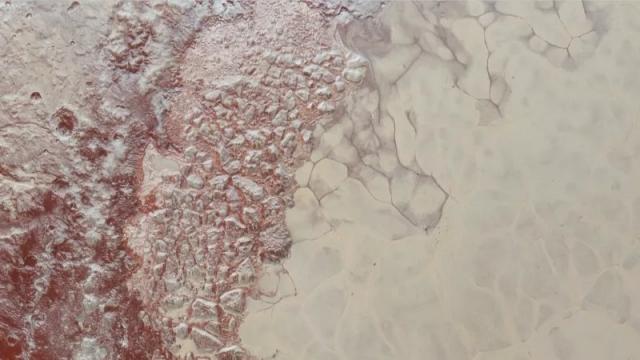 Astronomers, studying the pictures of Pluto, found on its surface formations resembling dunes. They consist of methane ice. The structures were seen in photographs sent by New Horizons during the approach to Pluto in 2015. The dunes were beyond the mountain range. Their area was about 2 thousand square meters. km.

The dunes on Pluto are like terrestrial. However, the nature of their education may be different. The atmosphere of Pluto is too low for the wind to pick up and transfer the particles of methane. Although the researchers admit that the dunes could be formed as a result of the effect of weak winds, whose speed is not more than 10 m / s. Most likely, the movement of particles is associated with escaping gas flows during the sublimation of nitrogen ice. 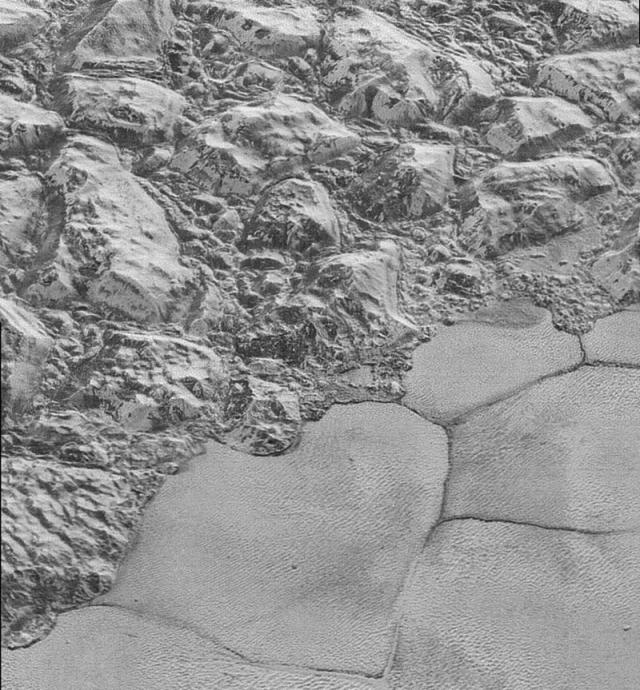 Scientists admit that formations may not be dunes, since their movement has not yet been recorded. In order to accurately establish this, higher resolution images are required.