Pluto is cooled by fog 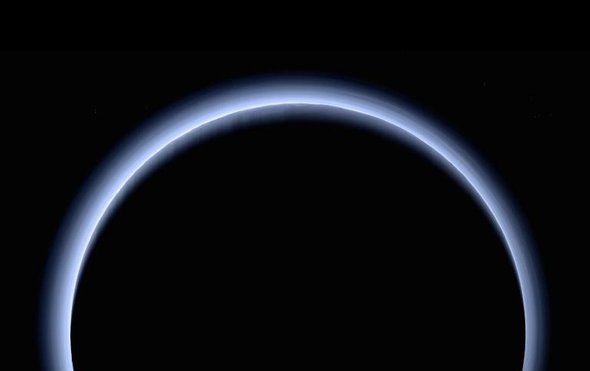 “It’s the mist that is responsible for the atmospheric cooling of Pluto,” said study author Xi Zhang, a planetologist from the University of California at Santa Cruz. He and his colleagues describe the results of a new study in the November 16 issue of Nature.

When the spacecraft New Horizons (NASA) flew near Pluto in July 2015, his scientific instruments determined that the atmosphere of the dwarf planet was about -203 ºC, which is only 70 degrees above absolute zero. And, besides, it’s somewhere 30 degrees colder than the researchers expected.

Finding out how the atmosphere of Pluto functions is extremely important for understanding the atmospheres of other ice worlds, at what, as in our Solar System. So and beyond. in the solar system and beyond.

“As long as we do not know the cause of low temperatures, we can not talk about the temperatures of other ice bodies,” says Leslie Young from the Southwest Research Institute in Bulder (Colorado, USA).

The atmosphere of Pluto consists mainly of nitrogen with admixtures of methane and similar gases. In the atmosphere of a dwarf planet at an altitude of 500 to 1,000 kilometers above its surface, sunlight causes chemical reactions that convert some of these gases into solid hydrocarbon particles. Then they descend to a height of 350 kilometers above the surface of Pluto in order for the various chemical chains. By the time they reach the 200-kilometer height, the particles are transformed into thick layers of fog, a thick haze of which was noticed by the spacecraft New Horizons.