Pluto loses his only companion 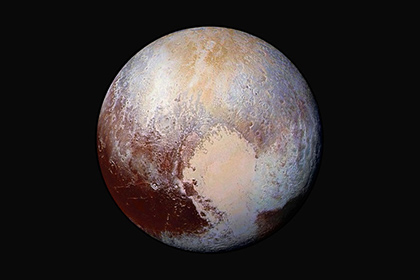 Astronomers have reproduced the analemma of quasistatic 1994 JR1 for 6.5 revolutions of Pluto around the Sun. To build the curves, the researchers used observations made by the New Horizons station.

Analysis analemma showed that temporary status 1994 JR1 as kazipoteka of Pluto is explained by the fact that both celestial bodies are in orbital resonance of 3:2 with Neptune. After a few revolutions of Pluto around the Sun 1994 JR1 removed from the dwarf planet and will cease to be its kazipoteka. For this reason, astronomers tend to think of 1994 JR1 is not true and random kazipoteka Pluto.

Celestial body 1994 JR1 opened in 1994. It has an irregular shape and wide reaches 145 kilometers. Plutoid removed from the Sun at a distance of 34.8-44,5 astronomical units. Heavenly body is one of the largest close neighbor of Pluto. Station New Horizons twice photographed 1994 JR1.

Kazipoteka is called the object with the planet in orbital resonance 1:1 (the orbital period of the object and the planets around the Sun are the same). However, celestial bodies are different eccentricities (elongation of the orbit), which over time leads to divergence of objects in space.