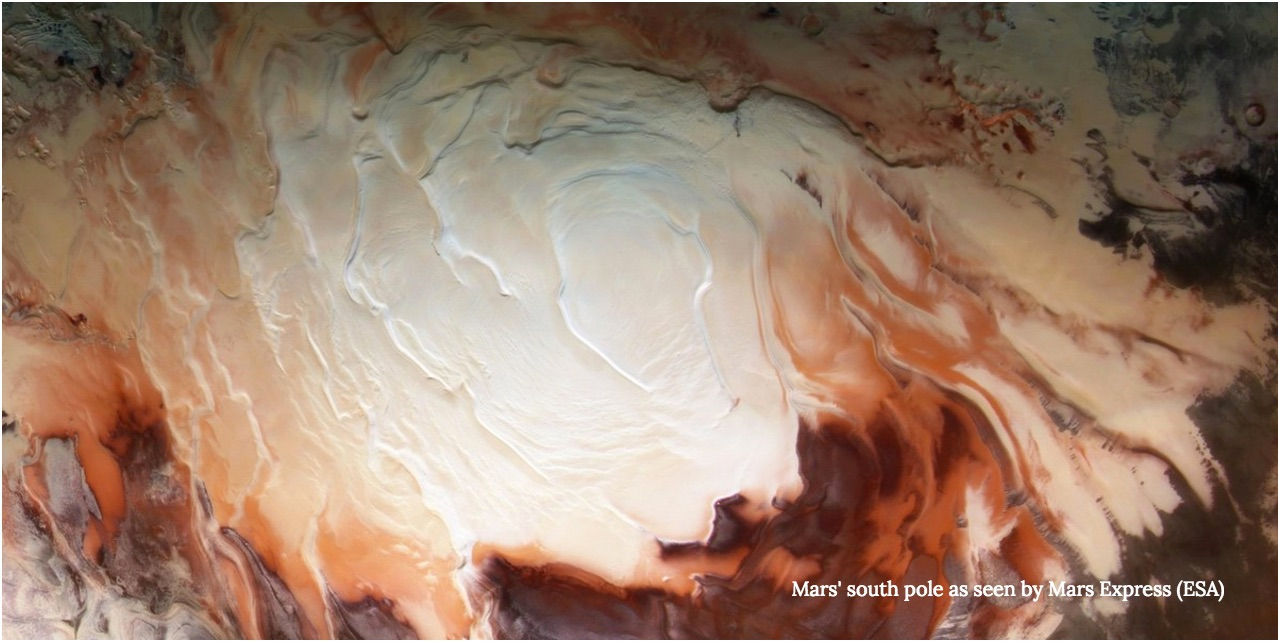 Exactly as our characteristic mother Earth, Mars also has the southern and northern polar caps. It is about ice caps in which not only water ice, but also a lamina of artificial ice which covers polar caps as if with a blanket is concentrated.

The frozen CO2 also known as “dry ice”, increases and decreases in thickness depending on change of seasons on Mars. Long time for scientists there was a big riddle a characteristic of a carbon dioxide which is below the most ancient ice layers. However in 2006 when the Martian prospecting Device MRO arrived to an orbit of the Red Planet, the situation changed a little to the best.

Onboard this satellite there was a scientific SHARAD tool. It is the radar which helped scientists of a mission to define what is on and under the surface of Mars. Having made over 2000 orbits around the Martian poles, the MRO spacecraft collected enough data for creation of three-dimensional model of ice layers in these areas of the Red Planet. Then MRO came to the rescue the spacecraft of Mars-Express which also made a huge contribution to a research of polar caps of the planet. Having all this information, scientists hope to trace as the climate on Mars throughout the last millions changed.