Polar lights and sunrise view from the ISS 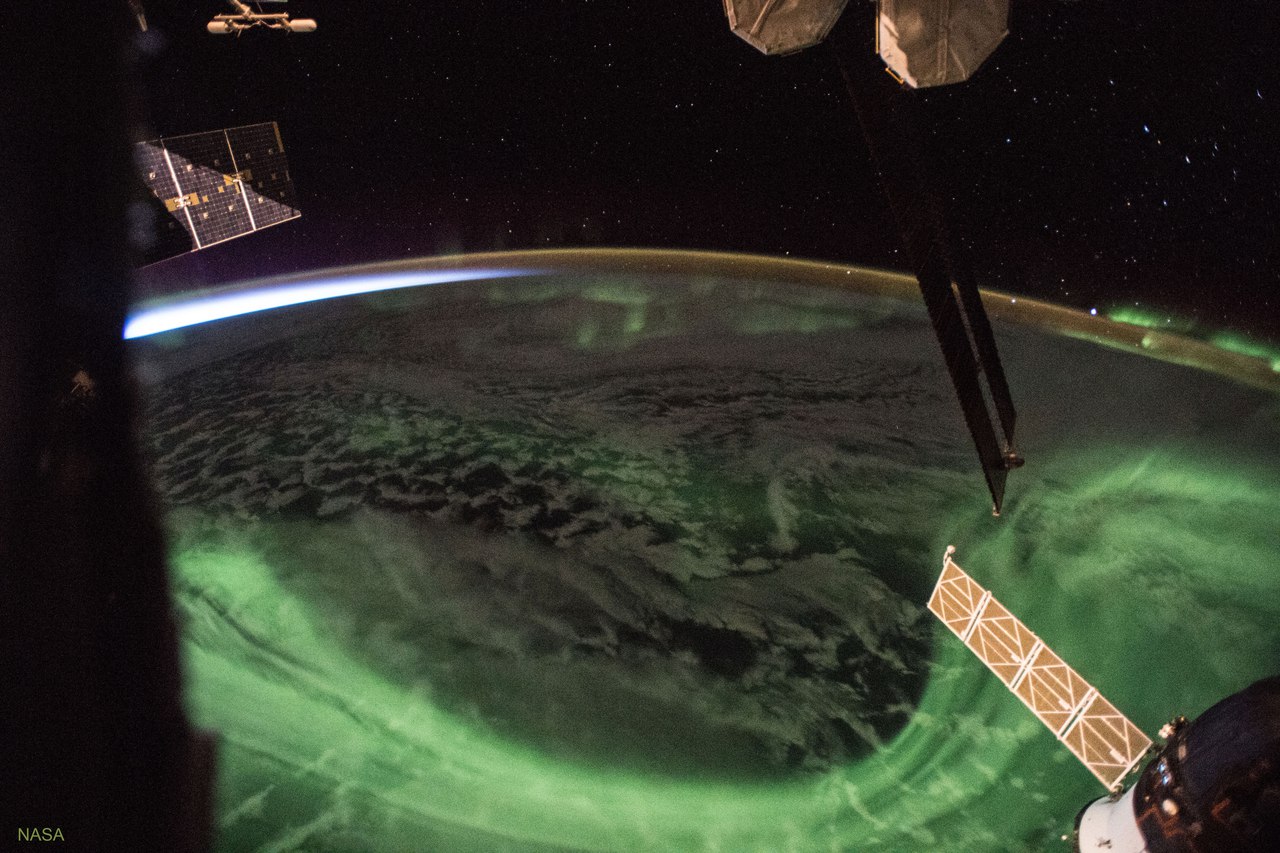 From the International Space Station (ISS), you can enjoy the aurora only before the sun rises, after which the Earth becomes too bright. However, the ISS circulates around the Earth quickly, and this means that after sunset until the next sunrise, it remains less than 47 minutes.

In this photo, the aurora is visible under the ISS and above right on the horizon, and dawn is coming from the upper left corner. Observations of aurorae from space can hypnotize, their changing forms can be compared to a huge green amoeba.

Auroras occur when electrons and protons with high energy, ejected by the Sun, are captured by the earth’s magnetic field and fly to the Earth so quickly that they cause the emission of atoms and molecules in the atmosphere. The orbit of the ISS passes almost at the altitude where the aurora appears. The station many times flies through the rarefied upper layers of the aurora, but this does not harm the astronauts in any way and does not change the shape of the polar aurora.