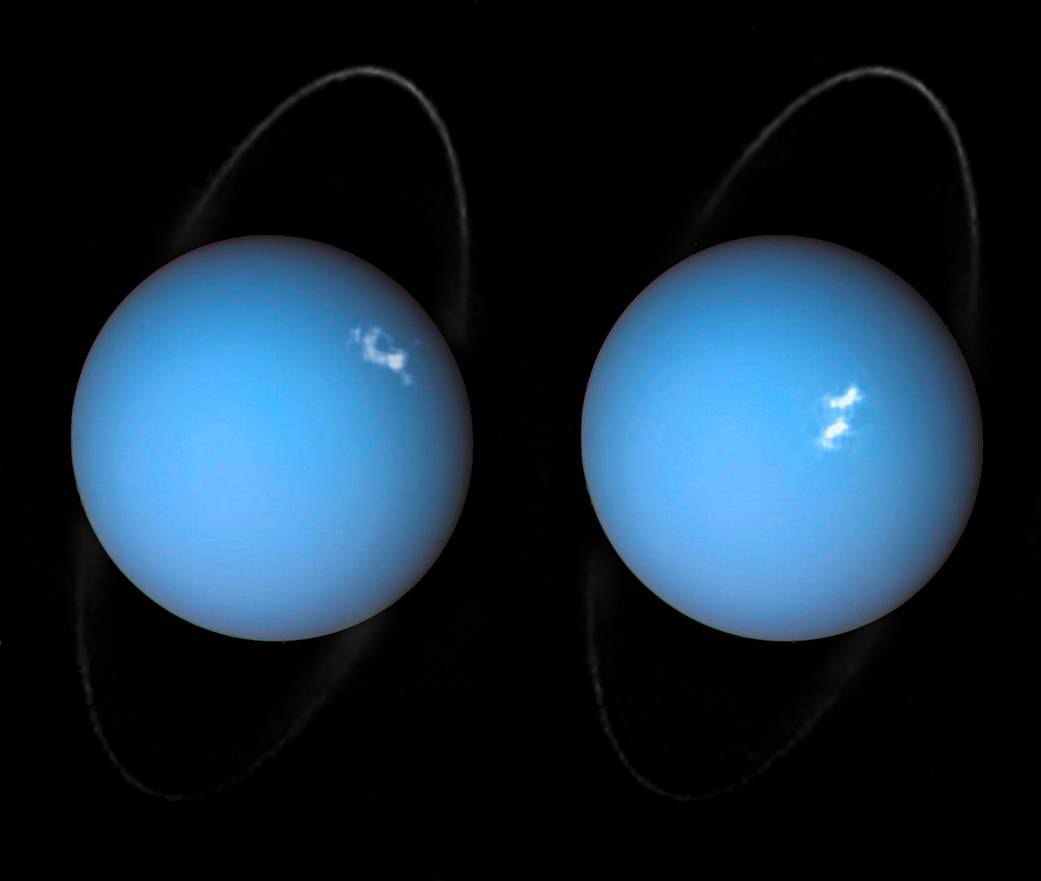 The Hubble Space Telescope took a picture of the polar lights on Uranus. There are very few Uranian Aurors, although they learned about the phenomena back in 1986 during the Voyager 2 expedition.

For the first time, a polar glow on the gas giant hit the Hubble camera lens in 2011. Once again, a natural phenomenon was filmed in 2014, after two years of observations. To catch the aurora in Uranus is not an easy task.

Aurors on the seventh planet from the Sun are short-lived and rare. Two attempts to photograph the lights – in 1998 and 2005 – were fiasco. To save resources and get pictures of a unique phenomenon, scientists decided to follow the solar wind.

Auroras are formed as follows: the stream of the solar wind (charged particles of plasma) touches the magnetic field of the planet. The particles of the ionosphere enter the upper atmosphere, where they interact with other gases and produce sunshine.

The main condition for the formation of auror is the presence of a magnetic field and the atmosphere.

On Earth, auroras are a phenomenon that is easy to see with the naked eye. On Jupiter, for example, the polar lights can only see the ultraviolet range.

Saturnian Aurors arise in different ranges – from infrared to ultraviolet. They are generated not only by the solar wind, but also by huge moons of the planet, for example Io, where active volcanism is present.

Aurors on Neptune are weak, but not limited to poles. They can be observed all over the planet. Polar lights are theoretically possible on Mars.

But given the almost complete disappearance of the magnetic field of the Red Planet, the radiance can be seen only in a few places and not at the poles.

Once Aurors raged and on Venus, scientists are sure. Although the magnetic field there is very weak, it can still give charged particles to the atmosphere.