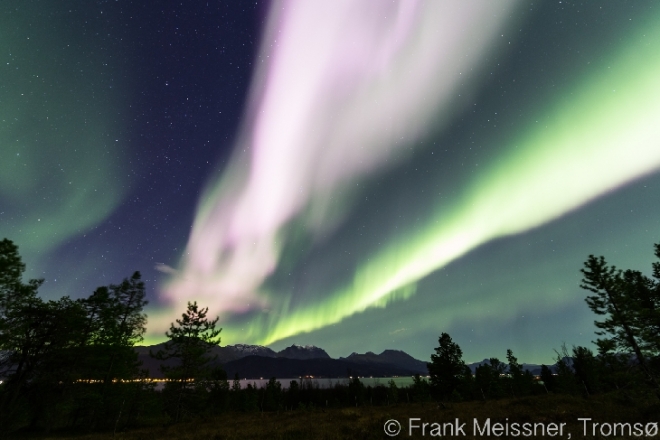 While the influence of solar wind on the magnetosphere of our planet, this week observers in the Arctic circle reported on the auroras of unusual colors.

“It was crazy pink lights! It was amazing,” says Frank Meissner, who photographed the phenomenon on 26 October in Tromso, Norway.

The pink color is probably a symptom of nitrogen. Most of the Aurora’s green glow caused by energetic particles from space and blows oxygen atoms at an altitude of 100 — 300 km above the Earth’s surface. Rarely appears pink glow, when the energetic particles descend lower than usual, striking nitrogen molecules at the 100 km level and below.