Potatoes can grow on Mars 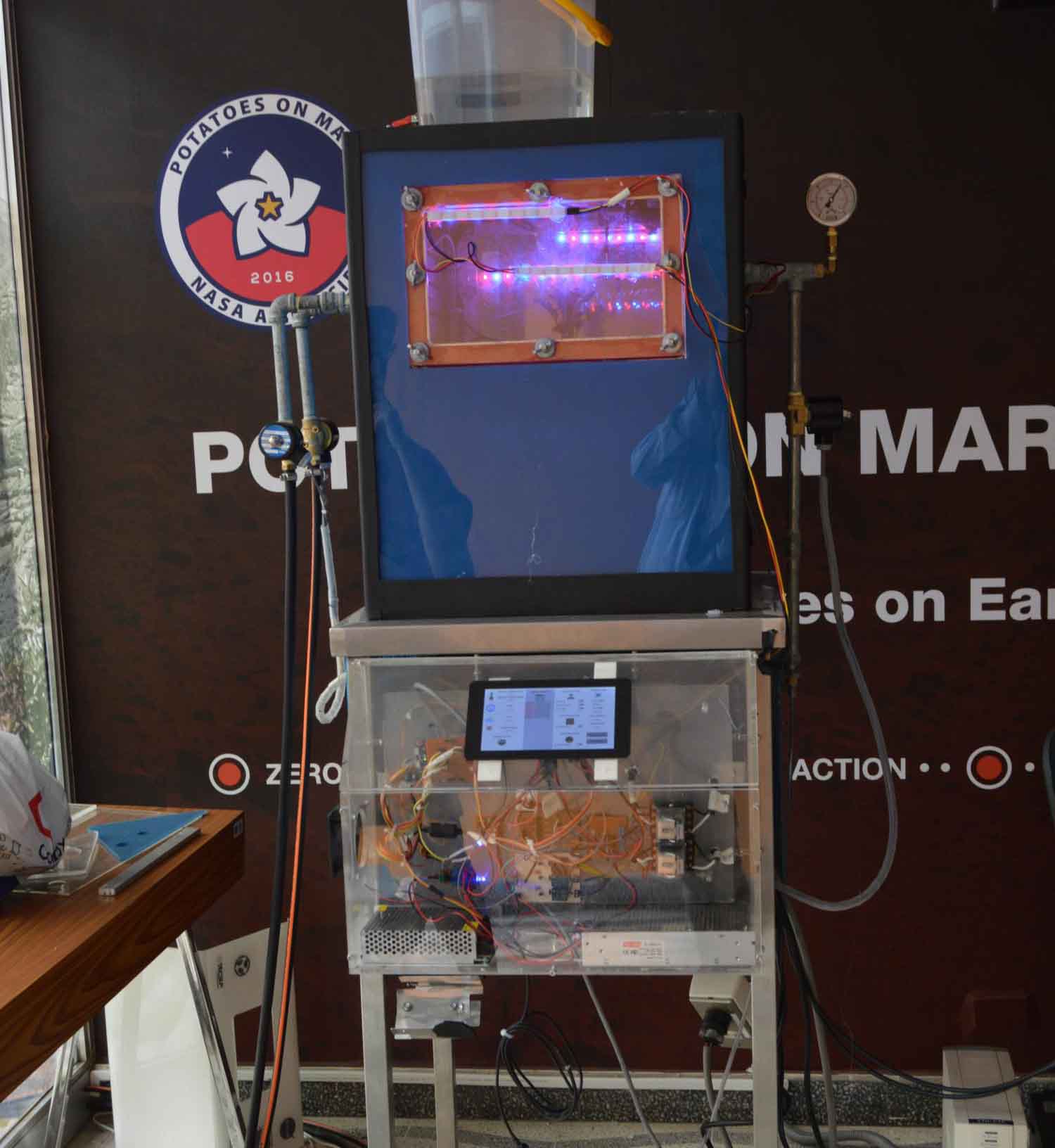 The International Potato Center (CIP) has launched a series of experiments to find out the possibility of growing potatoes in Martian conditions, and to show that this potato can be grown in extreme climatic conditions on Earth. This second stage of the pilot experiment on growing potatoes in simulated Martian conditions began on February 14, 2016, when a tuber of potatoes was planted in a specially designed container placed on board a CubeSat satellite. Preliminary results of the experiment are estimated by scientists as positive.

The Potatoes on Mars project was conceived by CIP to explore the possibility of potato growing on the surface of the Red Planet, and also to assess the potato growing opportunities in the corners of our planet, suffering from climate and weather events.

In the container placed on board the CubeSat satellite, there are soil and potato tuber. Inside this sealed box, the automated system brings water to the tuber rich in nutrients, controls the temperature, simulates the change of day and night on Mars, and also recreates the pressure and composition of Martian air. The sensors constantly monitor the current values ​​of these parameters, and the video cameras installed in the container conduct a continuous translation of the image of the surface of the soil on which potato sprouts should appear.

The main purpose of these experiments is to elucidate the minimum threshold of potato requirements for growing conditions, such as the content of salts or water in the soil. According to the scientists of the project, the preliminary results can be regarded as positive: it is shown that future Martian colonists will be able to grow potatoes if they preliminarily prepare the soil, providing the potato tuber with free access of air and nutrients necessary for tuber formation.