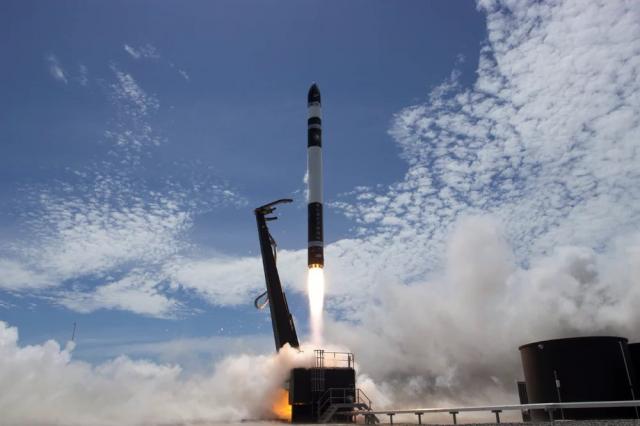 The Electron rocket, created by experts of the company Rocket Lab, for the first time successfully brought into orbit three small satellites. The launch was made from the launch pad on the Machia peninsula in New Zealand.

The previous test flight took place in May 2017. Then the missile successfully launched, but because of problems with the second stage it was not possible to bring it to the calculated orbit.

The Electron rocket is being developed since 2012. It will be able to discharge up to 150 kg of cargo to the solar synchronous orbit and to a low earth orbit to 225 kg of cargo. The cost of the launch is about 5 million dollars.

The missile has two stages. Its length reaches 17 m. The starting mass is 12,5 thousand tons. The first stage of the missile is equipped with nine engines “Rutherford”, running on kerosene. The second stage, also working on kerosene, is adapted to work in a vacuum.

One of the orbited satellites Dove Pioneer belongs to the company Planet Labs from the United States. It is designed to receive satellite imagery of the Earth. Two other Lemur-2 satellites will monitor the weather and the movement of vessels for Spire Global.

The next launch of the missile will take place in the first half of 2018. Rocket Lab plans to implement up to 120 launches per year.