Published a new video interception of UFOs by American fighters 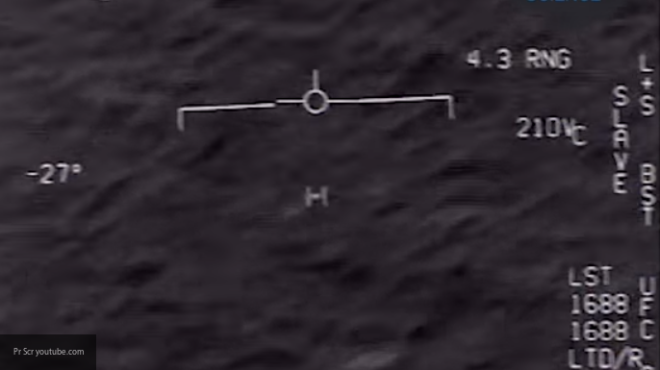 The analytical company To the Stars Academy of Arts and Science has published a new video on which the US Air Force aircraft is monitoring an unidentified flying object.

It is reported that the record was made by the F / A-18 Hornet fighter in 2015 off the east coast of the United States at an altitude of 7.5 thousand meters. It shows an oval object that moves at a great speed above the surface of the sea.

Negotiations of pilots indicate that the UFO managed to capture the sight only at the third attempt, while earlier pilots did not meet such objects and were surprised by what they saw.

In December 2017, the Pentagon released a 2004 video. On the shots, American fighters are trying to intercept a rotating UFO that moves faster than any US Air Force aircraft.

Earlier, the US Department of Defense officially recognized the existence of an “Expanded Program for the Identification of Aviation Threats”, within which, from 2007 to 2012, the Office was engaged in the study of unidentified flying objects. In total, about $ 22 million was spent on financing it.