Published the first detailed data on the asteroid Arrokot 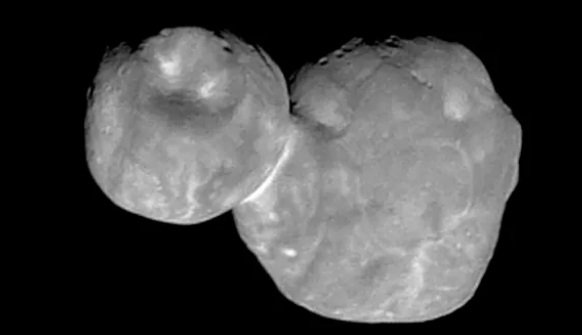 The journal Science published the first detailed data on the asteroid Arrokot – the farthest object in the solar system that has ever been visited by a spaceship. The research results described in three articles (article 1, article 2, article 3) give the most complete picture of the composition and origin of the asteroid and an idea of ​​how primitive planetary building blocks, called planetesimals, were formed.

Arrokot, formerly known as Ultima Thule, is a trans-Neptune asteroid from the Kuiper belt, visited by the New Horizons spacecraft on January 1, 2019. At a distance of 6.5 billion kilometers from the Earth, this is the farthest object to which Earth spaceships have ever flown. The mission of the New Horizons probe to the asteroid Ultima Thule was recognized by Science magazine as one of the ten most important scientific achievements of 2019.

Despite the fact that the primary information about the distant mysterious object was published in hot pursuit in May 2019, so far there have been no detailed descriptions and analytical studies. And now, three detailed reports have appeared at once, based on data volumes ten times higher than those that were involved in the first publication ..

Arrokot is a so-called contact double asteroid. His body, like a snowman, consists of two parts, each of which in the past was an independent celestial body, but then came closer and merged into one object.

In the first study, the theme of which is the origin of an asteroid from a solar nebula and the formation of a contact-double body, William McKinnon from University of Maryland at College Park (Maryland, USA) and colleagues used modeling to better understand how Arrocott formed . Their analysis shows that the two lobes were previously independent bodies formed close to each other, and that they rather quietly stuck together into a modern object. The model involves the formation of an asteroid during the collapse of a local cloud of the solar nebula, and not on the basis of another long-standing theory of planetesimals formation, called hierarchical accretion, according to which objects from disparate parts of the nebula collided, forming new objects.

In a second study of Arrocott’s geology and geophysics, John Spencer of the Southwest Research Institute in Boulder, Colorado, USA, and his colleagues report that parts of the asteroid are more spherical and voluminous than previously estimated. On its more or less smooth surface, craters are only slightly distinguishable. This distinguishes Arrokot from other objects of the solar system previously visited by spacecraft, and indicates good preservation from the end of the era of planet formation. According to the density of craters, scientists determined the age of the surface at 4 billion years, which confirms the hypothesis that Arrokot formed in a local collapsing cloud.

Finally, Will Grundy of the Lowell Observatory in Flagstaff, Arizona, USA, and his colleagues studied the composition, color, and surface temperature of Arrocott. Scientists note that the surface of the asteroid is uniformly red, cold and covered with methanol ice and unidentified complex organic compounds, with which, apparently, red color is associated. The authors put forward several hypotheses as to where methanol came from on Arrokot. For example, they suggest that methanol could form from water and methane ice when exposed to cosmic rays. Although no water was found on Arrocott, the authors believe that it may be present in hidden form. The uniform color and surface composition of Arrocott also confirms the hypothesis of the formation of an asteroid in a local collapsing cloud inside the solar nebula.